‘Makeup is my knack’: After injury ended her athletic career, this Diné never looked back 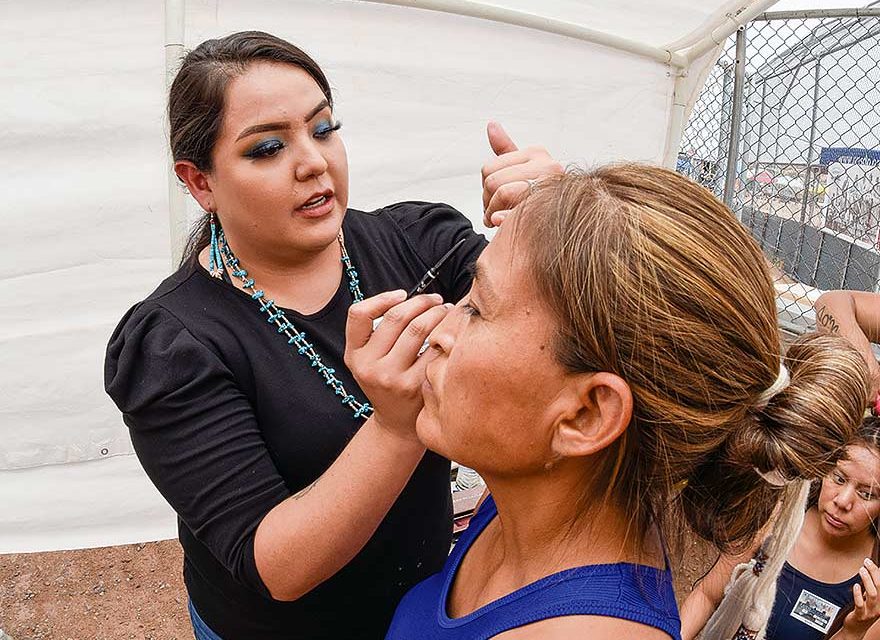 Special to the Times | Krista Allen
Chasity Gleason applies makeup to a model’s face at a recent fashion show.

Chasity Gleason looked over the model’s face at the fashion show during the 2nd Annual Kayenta Arts Festival.

“If there is anything that I put on you that is uncomfortable in any way, let me know,” said Gleason as she gently brushed the model’s eyes with eye shadow.

Gleason, from Gallup, is a certified MAC Cosmetic makeup artist and in this business being able to place makeup on as many models as they can as quickly as possible, and proficiently, is a talent. Gleason can make over eight models or more in less than two hours.

When trying out for another Native designer, which did not work out, a hairstylist saw Gleason’s technique and recruited her to try out for Whiteshell Woman’s Design.’

“I thought it’d be cool to be a part of a brand so I went to Winslow and tried out,” said Gleason, whose first two fashion shows were in Houston, Texas. “She had nine models, but she paired up with another designer. I finished everyone’s makeup, including the designers’, in under three hours.”