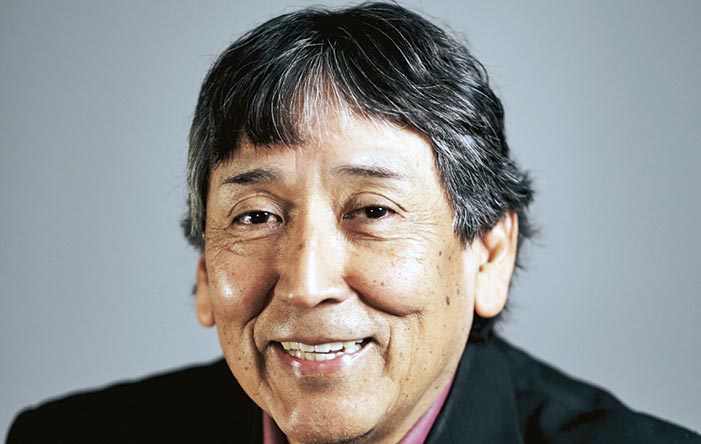 Steve Grey was recently appointed to the Connect New Mexico Council, which was created by the state Legislature to coordinate broadband programs and projects throughout the state, including tribal lands.

The council will evaluate and rank grant proposals and make grant awards from the newly created “Connect New Mexico Fund.”

Grey is originally from Kayenta. His career includes 27 years with Lawrence Livermore National Laboratory, Advisory Committee member for the Federal Communications Commission, chairman of the Navajo Nation Telecommunications Regulatory Commission, and director of Indian Affairs for the U.S. Secretary of Energy.

He is currently board chairman for Four Corners Economic Development.

The state of New Mexico is looking to spend $1 billion on broadband with a major focus on rural areas of New Mexico.

SANTA FE – The New Mexico Environmental Law Center on Monday announced the winners of the annual Environmental Justice Awards for 2021.

The four awards include the tongue-in-cheek “award” for Toxic Polluter. Staff presented a mock “invoice” to the Toxic Polluter of the year for harming the environment and the health of New Mexicans.

The Karl Souder Award went to Rich Abitz, a geochemist who has worked tirelessly with Native communities to protect their groundwater, including with Eastern Navajo Diné Against Uranium Mining since 1995 on the Hydro Resources Inc. case.

As coordinator of Tewa Women United’s Health and Environmental Justice program for 13 years, Tsosie Peña fought for environmental justice in the face of exploitation and contamination from the national labs, mining operations, and other sources, often working in collaboration with coalitions such as Communities for Clean Water and Frack Off! Greater Chaco.

The Youth Earth Protector Award went to YUCCA (Youth United for Climate Crisis Action), led by passionate and dedicated youth community organizers from across New Mexico. YUCCA is based in Northern New Mexico and is part of Earth Care.

The Toxic Polluter Award goes to Hilcorp Energy for doing what it does best: being a profit-mongering bad neighbor. Hilcorp is the largest gas and oil producer in the San Juan Basin, where it operates over 15,500 wells across 2 million acres.

Of the entire oil and gas industry, Hilcorp is the nation’s top methane emitter, and much of the chemicals Hilcorp spews into the air pollutes the communities of thousands of New Mexicans.

Virginia Necochea, executive director of NMELC, said, “The (awards) have been in place since 1992 and are our way of recognizing the powerful work of community advocates who work tirelessly in defending and upholding environmental justice across the state of New Mexico.”