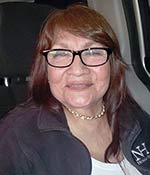 Kathleen is preceded in death by her father, Henry Johns Sr.

A reception will take place at the Kinlichee Seventh-Day Adventist Church, following burial of urn, from 12:30-3 p.m. 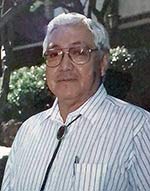 FORT DEFIANCE — Memorial services for Malcolm (Mickey) Paul Dalton, 83, of Fort Defiance, will be held Monday, Jan. 17, at the Arizona Community Church in Tempe, Arizona. Arrangements to present the service virtually are pending for those who cannot attend (link will be provided by family members the week before the service). Burial will follow in Fort Defiance for the immediate family at the Watchman family plot.

For a major part of his young life, Mickey resided in Ganado, Arizona, with his adoptive parents, Karl and Etta Dalton. He acquired his primary education in Ganado, and then went to Anadarko, Oklahoma, for his secondary education through his junior year in high school. He returned to the Navajo Reservation to graduate from Ganado Mission High School in 1956.

In the fall of 1956, Mickey enlisted in the U.S. Army 101st Airborne Division. He served for four years rapidly escalating to the Intelligence Unit. Serving as a paratrooper in the Army was also a fulfillment of his family tradition; four of his older brothers served in the Army as paratroopers.

After Mickey’s tour of duty, he took various jobs in the Window Rock/Fort Defiance area, which ultimately prepared him for his niche – the utility business. He started his career from the basic job as a lineman/electrician with Reynolds Electrical & Engineering Co., which coincidentally was hired by the Navajo Nation to provide construction services.

In 1964, Mickey began his long career with the Navajo Tribal Utility Authority. He initially started as an electrical lineman quickly ascending to a branch manager in Kayenta, and concurrently in Chinle. He served in the capacity as the general manager for 26 years where he achieved his major accomplishments that have been vast, successful, and even in some cases, unimaginable.

Under Mickey’s leadership there were numerous accomplishments to serve the Navajo people. To name a few notable ones: in 1975 NTUA established a 100% company-funded retirement program; in 1981 Rural Electrification Administration approved a $9.3 million, 35-year loan to NTUA, which was the first secure source of income for electrical systems; in 1988 NTUA adopted a first-ever water and wastewater apprenticeship program in addition to the current ones, including the implementation of the Electronic Meter Reading Program; in 1994 NTUA implemented a scholarship program for students pursuing bachelor’s degrees in fields related to the utility industry; at the same time NTUA constructed a 4-inch gas line to the Standing Rock community; and in 1998 just before his retirement, NTUA completed the construction of the 42-mile 115KV electric transmission line from Coalmine to Burnside, Arizona.

On a personal level, Mickey regarded his greatest assets were his three children, including their spouses and their remarkable accomplishments, and finally as a grandfather. He took great pride or admiration in the success of five outstanding grandchildren.

MICHAELS, Ariz. — Funeral mass for Anna Catherine Yazzie was held April 29 at St. Thomas the Apostle Catholic Church with Father Steven A. Kunkel officiating. She was laid to rest May 7, 2021, at the St. Michaels community cemetery in St. Michaels, Arizona, with Father Edgardo Diaz officiating.
Anna passed away peacefully at home on April 13, 2021, in Phoenix, of natural causes.

Basketball was Anna’s favorite sport. She was a member of an independent women’s team where they participated in many tournaments.

Anna later moved to the Valley, earned a degree in accounting and was employed by the Phoenix Area Indian Health Service. She worked in accounting management for 32 years, retiring in 2012. She had strong work ethics and held great respect for colleagues.

Anna was a beautiful gentle soul. She loved and lived her Catholic faith encouraging family and friends to do likewise. She was gifted with creative talents and abilities, which she generously shared.

Anna enjoyed crafting, knitting, embroidering, and sewing. She was the family seamstress and chauffer. She was well-traveled and treasured her family and friends.

Anna is preceded in death by her husband, Ruben Nick Yazzie; parents, Joe and Glenmae Tsosie; and 10 siblings.

In lieu of flowers, the family requests donations be made to St. Michael Indian School, in memory of Anna Catherine (Tsosie) Yazzie, at www.StMichaelsIndianSchool.org.

Thank you to everyone who reached out to us with tender thoughts and prayers as we celebrated our loved one’s life, a life that touched many with gifts of kindness, caring and love. We are very grateful to everyone that helped with monetary donations, food, time, and energy.

Our thankfulness is extended to the priests, physicians, and all professional staff that assisted with Anna’s end-of-life care, coordination of funeral arrangements and services by Abel’s Funeral Services and Cope Memorial.

Harry was born July 10, 1975, in Fort Defiance, into the Tódích’íi’nii (Bitter Water Clan), born for Naaneesht’ézhi Táchii’nii (Charcoal-Streaked Division of the Red Running Into the Water Clan). He passed away Dec. 10, 2021, in Longmont, Colorado.

Harry graduated from Saint Michael Indian School in 1993 and enlisted in the U.S. Marine Corps serving two years. He worked for various construction businesses doing carpentry in the local area.

Harry was a hard worker who enjoyed camping, fishing, spending time with family, and watching rodeos and the Pittsburgh Steelers.

Harry is preceded in death by his mother, Evelyn B. Stewart.