‘The road of a good life’: Champion for Azee’ recognized for life’s work 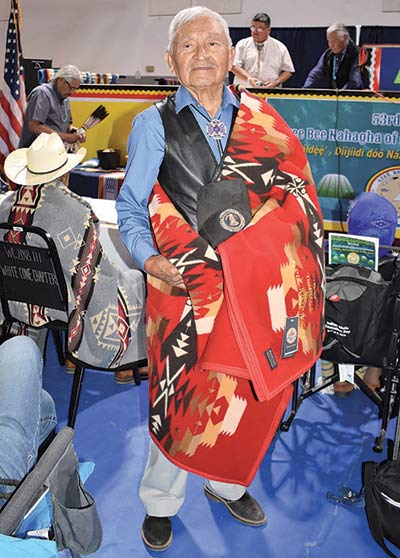 David Clark was honored recently with a Lifetime Achievement Award from the Native American Church of Navajoland.

David Clark recalls his elders saying that during the creation time different herbs were put into the world for the Native people to use, including peyote.

“It’s not a foreign religion,” said Clark. “It’s a Navajo traditional religion. We have a way of addressing the peyote. We have sacred names that we use.” Clark says each tribe has a name for peyote in their language.

“In Navajo, it’s Azee’,” he said. “We pray to one Holy Spirit, which is the same as God-almighty, the Creator.”

On June 22, Clark, a lifelong advocate for peyote as religious sacrament, and former president of the Native American Church of Navajoland, was honored with a Lifetime Achievement Award.