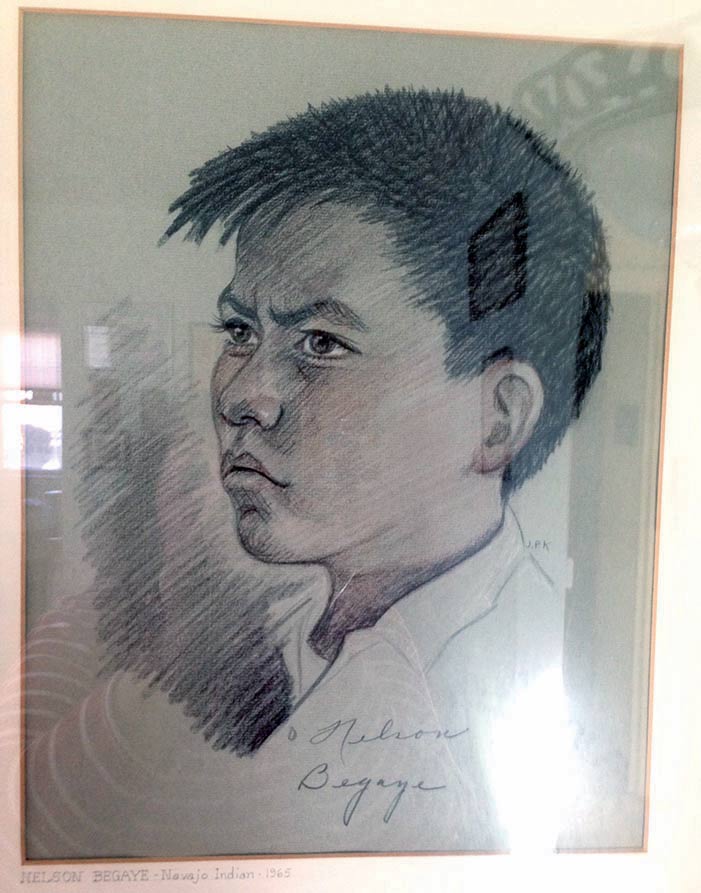 Nelson S. BeGaye doesn’t remember posing for a portrait when he was 12, but he did a lot of stuff back then, including starring in a short film made by the Catholic Church, “Kee Begay, Navajo Boy.”

“I was a student at St. Michael Indian School, and we used to get approached a lot (by bilagáanas) for all kinds of things,” the former Council delegate recalled in a phone interview from his home.

BeGaye is pretty sure he is the Nelson BeGaye Barbara Heimlich is looking for. “I don’t know any other Nelson BeGayes from Wheatfields,” he said.

Heimlich, a former Northern Arizona University faculty member who now lives in Connecticut, reached out to the Navajo Times last week saying she has a portrait of a Navajo boy named Nelson BeGaye drawn in 1965 by a friend of hers, Joe Kochiss, and wanted to return it to the subject. 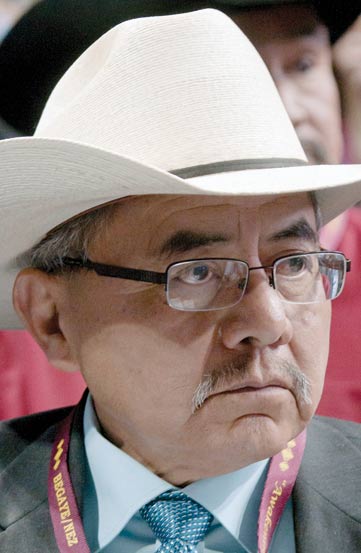 People often contact the Times when trying to locate Navajos, and usually we run a story, someone recognizes the name and connects the two parties. In this case, it didn’t take long at all as Nelson BeGaye, a long-time Council delegate representing the Tsaile-Wheatfields area, was very familiar to reporters at the Times.

We were able to reach him through his successor on the Council, Carl Slater, and BeGaye said he would call Heimlich. “I’m curious to see what I looked like at that age,” he laughed.

“I’m so excited!” said Heimlich when told BeGaye was going to call her and would like to have the portrait.

Heimlich explained she “inherited” Kochiss and his twin brother after another neighbor died. The brothers, lifelong bachelors, were always looking for a home-cooked meal and a female neighbor had been inviting them over for lunch or dinner. Heimlich, who likes to cook, started feeding the two elderly gentlemen when that neighbor passed away.

Kochiss used to teach on the Navajo Nation and sketched BeGaye at that time. He gave the portrait to Heimlich after discovering that she had come to admire the Diné people while teaching in Flagstaff.

“It’s a really nice portrait,” Heimlich said. “It’s been in a lot of art shows. Joe was fairly famous around here.”

While Heimlich loves the portrait, which hangs in her living room, she started to think about finding BeGaye and giving it to him after Kochiss died about a year ago.

“I just feel it belongs to the person who posed for it,” she said. “Now that I don’t have to worry about Joe coming over for lunch and wondering where the picture is, I can give it back. I’m sure Mr. BeGaye’s family would love to have it.”

BeGaye says he’s having a good year so far — the colon cancer which caused him to resign from his Council seat last year is in remission — and the gift of the portrait is the icing on the cake.

“I feel great, I’ve gained back some weight and I’m able to go here and there and feed my animals in Lukachukai,” he said. “I’ll call this lady and I’m sure I’ll enjoy seeing the picture and remembering those days.”