From a tray to a trailer: A crusty entrepreneur brings in the dough 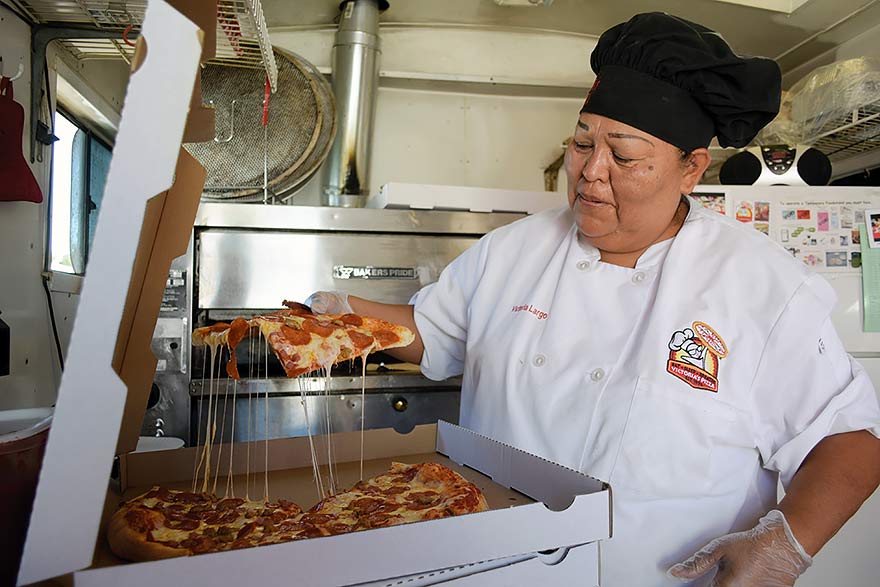 In 1996, Victoria Largo was hustling to sell baked goods and ice-cream in her home community of Crownpoint. Amid the hustle and bustle, her daughter came up with the idea of selling pizza.

This is something Largo had never thought of trying.

Thus, Victoria’s Pizza came into being. Her dough recipe came from her paternal grandmother and from there she experimented to create the crust she has today.

“What makes my pizza different is that we use top quality ingredients,” she said. “My crust is homemade, all from scratch. Nothing artificial. It’s all pure homemade from Bluebird flour.”

Largo’s pizza was created on the Navajo Nation through trial and error. When Largo first started to sell pizza, she would go over to their local hospital and set up on something similar to a TV food tray.

She would have up to three pizzas and sell them by the slice for $2.50. Fast-forward two decades: she has sold enough pizza to not only raise her six children but also to upgrade her digs. Largo now has an RV and concession trailer that she uses to sell.