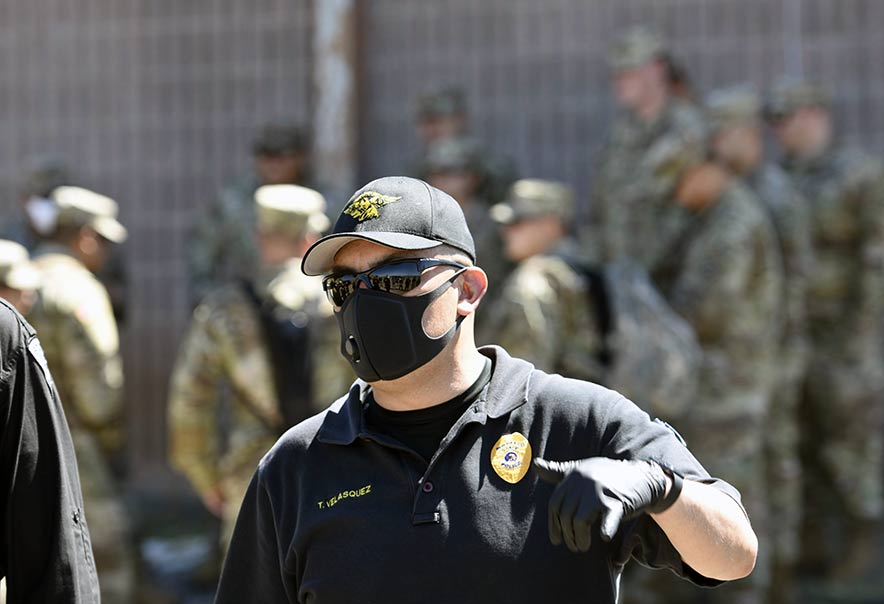 Gallup will be shutting down for three days beginning at noon today in an effort to “stem” the skyrocketing number of coronavirus cases in the area.

According to a source familiar with the emergency request that was sent to New Mexico Gov. Michelle Lujan Grisham by outgoing Mayor Jack McKinney, New Mexico State Police will set up roadblocks beginning today at noon until Monday afternoon.

Under the Riot Control Act, roadblocks will be set up at all roads in and out of the city of 22,000, preventing traffic from entering or leaving the city. It is not known if workers considered essential will be affected by the closure.

According to N.M. State Police, only Gallup residents with proof of address will be allowed to get back into city. Other than that, no one, in or out until Monday afternoon.

As of Friday morning the number of confirmed coronavirus cases is 1,027 with 19 deaths in McKinley County, according to the New Mexico Department of Health.

A peak is not expected until mid May, or even until early June, according to a health care worker who did not want to be named.

McKinney, in his last act as the city’s mayor, said in a letter on Thursday that he recognized the request as “unusual” and was a “drastic measure,” but ICU beds at both Gallup Indian Medical Center and Rehoboth McKinley Christian Hospital are filled to capacity.

In a swearing-in ceremony that was closed to the public, Louis Bonaguidi was sworn in on Thursday afternoon as the city’s new mayor. After he took his oath of office, he said he is becoming a public servant “at a very strange time.”

“Our Iives are not normal,” Bonaguidi said. “We’ve never see the likes of it in this country. It’s an unusual situation. This week, McKinley became the highest number of COVID cases. All of us have been stressed.” 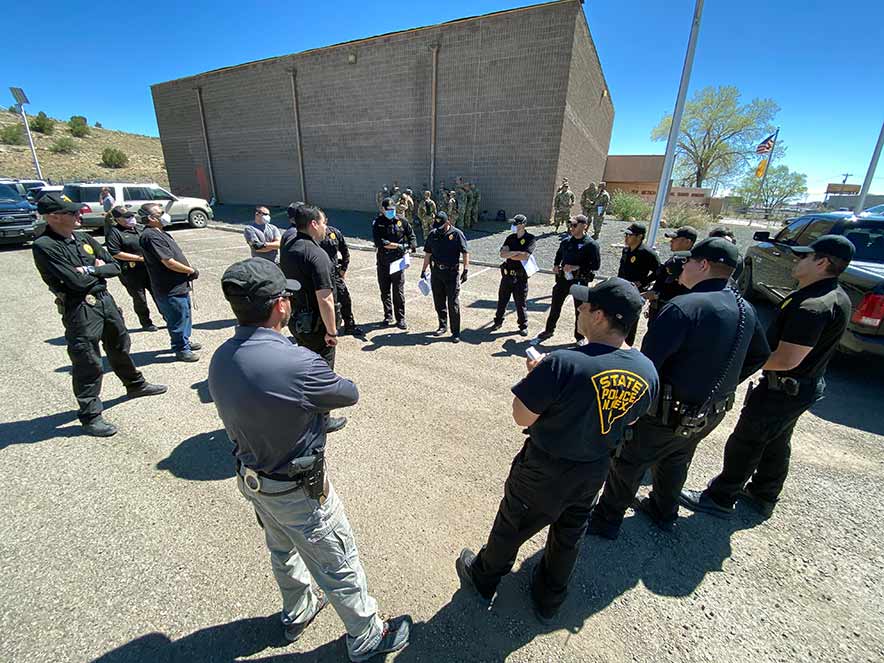 Navajo Times | Donovan Quintero
New Mexico State Police hold a meeting before closing the roads going in and out of Gallup on Friday in an effort to prevent the spread of the coronavirus on Friday in Gallup.

Bonaguidi added he and his family were tested after coming in contact with people who may have had the virus. The test results were negative, he said.

Navaio Nation Council Delegate Edmund Yazzie said he was in support of shutting the city down.

“I am for it,” Yazzie said. “We still have not learned to stay at home and stay put. I keep hoping our people realize that this virus is serious.”

The closure of Gallup comes at the first of the month, when many Navajos shop, wash clothes and get hay and feed for livestock.

Even with the Navajo Nation’s third 57-hour curfew that begins tonight at 8 p.m., the closure could force many people to travel to other border towns like Farmington, Holbrook, Winslow, Flagstaff or Page to purchase what they need.