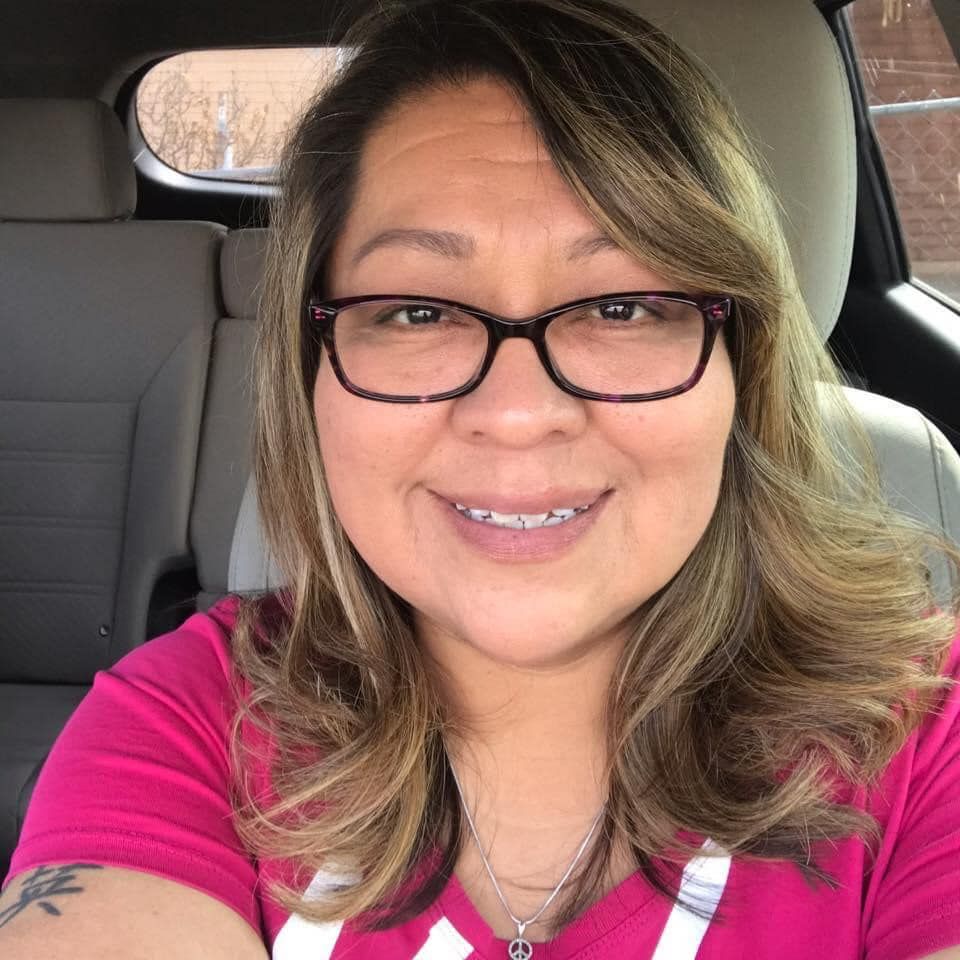 Corrina Thinn died Wednesday, April 29, at a Banner Health hospital in Phoenix. Law enforcement from across the region escorted her body from Phoenix to Flagstaff and then to Tuba City Thursday afternoon.

Thinn began her career in law enforcement as a police recruit on Jan. 8, 1999, according to the Navajo Police Department. Eleven months later, she completed her police training at the Navajo Law Enforcement Academy in Toyei, Arizona. Corrina worked for Tuba City Police District until 2010, concluding her law enforcement career as a senior police officer.

“Throughout her career, Corrina excelled as an outstanding officer who was dedicated to her community and duties as a law enforcement officer,” reads a statement released by Navajo PD. “Although Corrina’s career began in law enforcement, her years beyond the force evolved to other endeavors that benefitted her community through her work in social work.”

She is survived by her two sons, Michael and Gary, who’s serving in the U.S. Army and is stationed in Texas; a grandson and a granddaughter; her mother Mary S. Thinn; and her siblings, Tuba City Police Sgt. Fabian J. Thinn and Christine Thinn. The family is originally from Ts’ahbiikin, Arizona.

Corrina’s younger sister, Cheryl Thinn, also died of the virus on April 11. Both Cheryl and Corrina got ill around March 20, according to the Thinn family. Cheryl also served as a Navajo Nation juvenile detention officer and as a technician in the emergency medical service. Cheryl also worked for TCRHCC.

Cheryl is survived by her son, whose father passed on in January.

Both Cheryl and Corrina are daughters of the late Navajo Police Sgt. Jimmie Thinn Sr. who served in the Kayenta Police District. They were Naaneesht’ézhi Tábąąhá and born for Kinłichíi’nii. Their maternal grandfather is Tódích’íi’nii and their paternal grandfather is Yé’ii Dine’é Bitáá’chii’nii (Táchii’nii).

“Their dad was a police officer and they were always in that field,” said one family member, in an emotional interview with the Navajo Times on Friday morning. “Christine was a (K-9) police officer too, and Corrina. Their mom was in social service too.

“Corrina, (along with her sisters), really encouraged their children to go to school. Corrina was really outspoken both in English and in Navajo. She was always cheerful and always smiling. She would make your day. Cheryl, she was the quiet, but cheerful and kind of giggled inside. She was kind of distant, but she was (all about) family––giggling to herself.”

A GoFundMe fundraiser has been created for Corrina’s funeral expenses. A total of $6,555 has been raised of a $9,000 goal as of Friday morning.