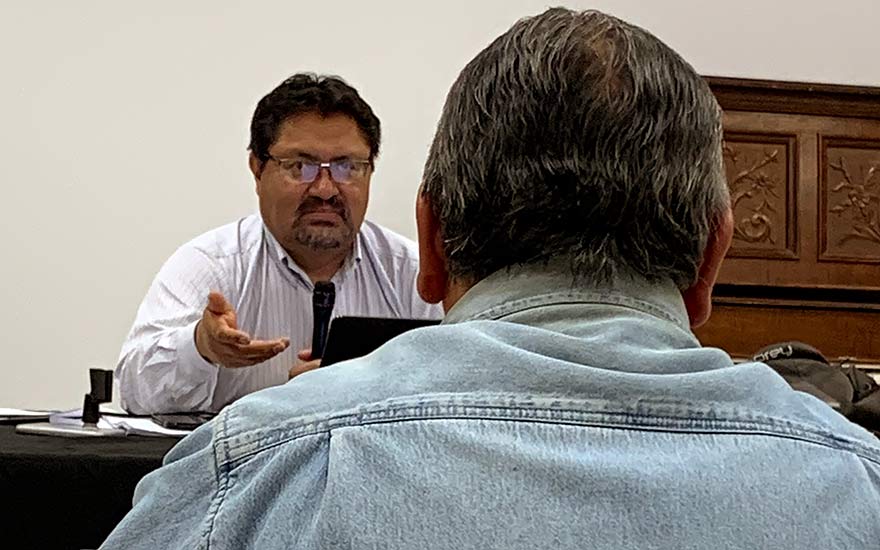 After moving to Durango from Oregon to take a job at Fort Lewis College, Liz Bahe watched helplessly as her “super-engaging, intelligent” youngest daughter fell further and further behind in school.

Teachers at Durango School District’s Hoyt C. Miller Middle School described her as “disengaged” and said she wasn’t turning in her homework.

Then Bahe looked at one of the assignments her child hadn’t turned in. “I was like, ‘Wow, this is the topic?’” Bahe recalled. The students had been asked to write a paper on the Jamestown colony.

“My daughter said, ‘Mom, why would I be interested in talking about the colonization of Native people?’” Bahe told the Navajo Nation Human Rights Commission last Wednesday at the seventh of nine meetings in border towns concerning the treatment of Navajo students in off-reservation schools.

Ironically, Bahe, who had moved to Colorado to take a post as the director of Fort Lewis College’s Diversity Collaborative, had run smack into a lack of diversity in her daughter’s school.