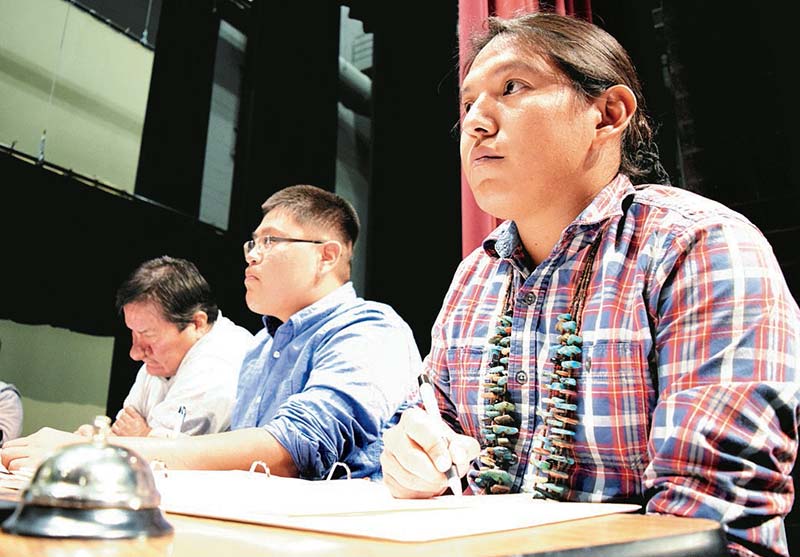 Last year’s champ out in Round 1; former champs pronounce

For last year’s two best spellers, it was a fast downhill ride at the Central Agency Spelling Bee. And there was another surprise for veteran bee watchers: two former Navajo Nation champions, now high school seniors, took to the mike as pronouncers.

Last Thursday, Central Navajo’s best and brightest spellers lined up on the stage at the Piñon High auditorium to vie for championship. And for a chance to compete at the Navajo Times’ Navajo Nation Spelling Bee in March.

The big upset came in the sixth-grade competition. Fifteen spellers competed, of which 11 – including Kelvin Winney, the champion of the 2015 Navajo Times Navajo Nation Spelling Bee – were eliminated in the first round.