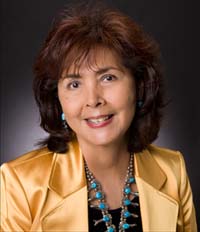 The second quarter of 2015 sees the continuation of critical work for the constituents of District 4 on several fronts. Many challenging topics and cases continue to come before the New Mexico Public Regulation Commission — cases and topics that impact our pocketbooks as well as our quality of life — and have my full attention.

The case before the PRC with the most potential impact to the Four Corners region and the rest of New Mexico is the case dealing with the San Juan Generating Station. At the request of PNM, the Commission granted the company additional time to Aug. 1 to supply the PRC with supplemental information on the ownership restructuring and post-2017 coal supply agreements. The Commission also remanded the case back to the hearing examiner for a new hearing to examine the merits of those new documents submitted by PNM, which was not part of the record during the first hearing. The new hearing is scheduled to begin Sept. 30, and expected to last about two weeks. Although this case is complicated, I see that we are making progress.

The Commission has taken on a monumental task by forming a task force to potentially expand broadband deployment services throughout New Mexico, to include unserved and underserved rural regions of the state. The task force was charged with determining the minimum upload and download broadband speeds that should be available to consumers in all parts of the state. The task force presented a detailed broadband deployment action plan that included alternative plans, including funding options. The options identified include: obtaining a legislative appropriation; creating an additional surcharge for a broadband fund; and assessing a flat fee on all telecommunications subscribers. Careful consideration has to be given to the action plan so that it has no financial impact on ratepayers.

The Commission adopted the Future Test Year rule, which provides an opportunity for utilities to reduce the impact of regulatory lag — the time between a utility spending large amounts of capital and the recovery of that capital in rates. The farther into the future the test period is, the higher the costs tend to be for the ratepayer, as they will include the impact of inflation and are likely to include additional capital expenditures that are planned, but not yet under construction. The Commission on May 27 adopted the hearing examiner’s recommended decision on the future test year for Public Service Company of New Mexico. PNM subsequently filed a notice of appeal on June 25 with the New Mexico Supreme Court.

Frontier Communications is currently working on two projects that will provide communities with better service. The project in Pinedale, N.M., when complete, will provide basic phone and broadband services to a community that was presently unserved. Mariano Lake will upgrade its outdated copper wire-fed system to fiber-optic, which will offer more reliable phone services and increased broadband speeds. In addition, a new T1 line — offering increased speed and bandwidth — will also be installed for area schools.

Sacred Wind Communications Inc. filed a petition to be considered eligible to draw support from the State Rural Universal Service Fund. This is the second case Sacred Wind filed because the former commission rejected their petition in 2013. The Commission granted Sacred Wind’s petition and assigned the case to a hearing examiner to determine the company’s eligibility status. This is the only company that is not receiving state surcharge funds even though the areas in which the company services are unserved and high-cost areas in northwest New Mexico, with 90 percent of their customer base being Navajo.