Reporter’s Notebook: Thank you for reading my articles

I wanted an internship with the Navajo Times, but after interviewing and not getting a callback I didn’t give up. It was just going to take a few more years. 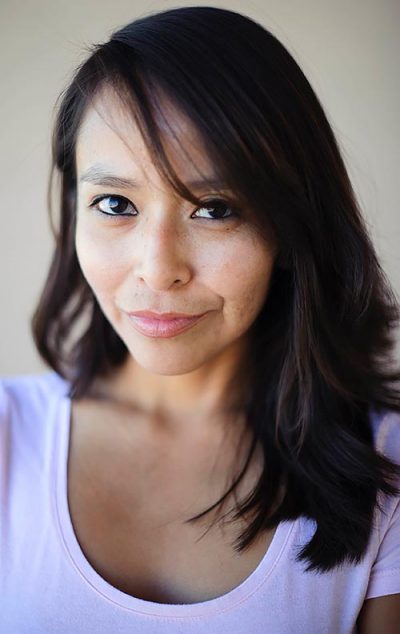 A year more of undergrad and another five years at a competing daily paper to be exact, before I was able to call myself a reporter for the Navajo Times.

It was 10 years ago, after graduating from Arizona State University, that I packed up my old Bronco II and headed home. I was headed home to Fort Defiance because that’s where I knew I wanted to be.

I also knew I wanted to be a reporter, even though my degree wasn’t in journalism, I was determined.

Luckily for me, I made the right connection at the daily paper and was given a chance to be the Navajo government reporter. I had no idea what I was getting myself into.

Sadly, even though I went to school on the Navajo Nation and graduated from Window Rock High School, Navajo government wasn’t taught as thoroughly as it could’ve been. I don’t even remember if it was taught at all, actually.

Navajo government was foreign to this Navajo woman who was born and raised on Navajo.

But what a better way to learn than to hit the ground running, and that’s exactly what I did. The first meeting I covered in August of 2011 was a Law and Order Committee meeting. This was during the 22nd Navajo Nation Council.

I looked like a high school student sitting in there, and when they announced they’d be going in to executive session I just sat there. I didn’t move and I watched others as they left. I had no idea what executive session was until a nice man came up to me and kindly explained it to me.

In my embarrassment I smiled and walked out.

I remember struggling the first few months because it all was new to me. My job was asking questions, but I was so shy and bashful that mustering up the courage to ask questions was impossible.

Even with my ignorance, when it came to Navajo government and being an introvert, I never thought of quitting, or giving up.

I fell in love with reporting and I became infatuated with reporting on Navajo government. I found my niche and I couldn’t imagine ever doing anything else.

But I did imagine doing what I love for a different paper – the Navajo Times.

When the Navajo Times came to recruit me, I said yes, then had to change my mind because of my living situation.

The second time they came knocking, I made sure I wouldn’t miss my chance again. I was ready for this.

At this point I knew what executive session was, among other things. I was still shy, but after five years at the daily paper I had grown a thick skin when needed.

Navajo Times was different compared to the daily paper I was at. The paper was revered and more commonly referred to than any other local media. It was known for its critical and fierce government reporting, as set by my predecessors.

The awards when you walk into the newsroom was not even half of what the paper had garnered over the years, and the names on those awards were of some of the reporters I looked up. It felt like I was in the big league.

These five years at Navajo Times were a lot different than my first five years as a reporter. My reporting evolved as I started to delve into more than just rewriting a press release sent by the speaker’s or president’s offices.

Relying solely on rewriting press releases and taking information from delegates at face value wasn’t enough anymore. I became more critical of delegates and their rhetoric, and when this happened, I noticed a change in attitude toward me from delegates.

During the 23rd Council and sitting in the Council Chamber or committee meetings, it was as though I was playing a waiting game.

I was waiting for the flippant remarks to be made about “Navajo Times” and directly said to me by delegates.

It was as if I was a walking target. At one point I remember being called “fake news” out loud during a Budget and Finance Committee meeting by the former chair. This I will never forget.

The offhand remarks and questionable tactics to keep reporters from interfering led me to write my first Reporter’s Notebook about Council.

But, for the most part, the animosity and questioning of local media by Council only made me want to continue my coverage even more. It was nothing I couldn’t handle.

But even though I could handle the 23rd Council and their attitude, nothing could prepare me for the 24th Council.

It became more than having pointed words with them, it became discrediting me to the public, dragging my name through the mud, making me out to be a liar to readers.

I guess I could handle this, but it becomes tiresome and a waste of time when there is other news to report on.

The failing is their ego

The failing of this Council is their ego, and how they want to be perceived publicly.

Remember the Law and Order Committee I first reported on? Well, I all but stopped reporting on this committee after experiencing the worst harassment by delegates I’ve ever received.

I’m still debating whether to file an ethics complaint after this incident since I still have the recording of it.

This would add to the growing ethics complaints placed on the chair. I did write another Reporter’s Notebook about this, and thankfully through my tough skin I developed, I was able to defend myself to her.

After this incident I realized keeping receipts proving I did reach out for comment to delegates was important, because they will lie and say I never did.

Not only the harassment inflicted by this committee chair and her colleague, but also their fabrications and working hard to bring down certain leaders in public safety rather than strengthening and supporting public safety, was something that didn’t deserve coverage.

This was one of many other questionable interactions I’ve had with this chair.

Recently a delegate said I was “leaving a negative impression” on delegates because I hadn’t reached out to him about certain events that were happening in his community.

Well, it’s because my article wasn’t about him, but rather it was about the Navajo-owned businesses. It’s when I emailed him asking for his input that he texted back claiming I didn’t reach out, and he thought his input didn’t matter since I didn’t ask before.

I really don’t care about leaving a “negative impression” on delegates because transparency isn’t really their strong suit.

Talking in circles, going off on a tangent, attacking the executive branch and its directors, and stirring up division among each other through social media, leading to attacks made on their own delegate colleagues is what I’ll remember the 24th Navajo Nation Council for.

Checked out from Council coverage

I checked out months ago from covering Council as diligently as I once did. I think maybe it was after the second press release sent out by the speaker’s office trying to discredit me again to readers that I stopped reporting on them as much as I used to.

I report the news, I’m not supposed to be the news.

There have been so many questionable allegations made about members of this Council that I wish I could report on. The public deserves to know whether these allegations are true or not.

But it’s up to you readers to keep questioning your delegates, nothing will change unless you hold them accountable and make them work for the entire Navajo Nation and not just their communities.

As I leave my post as Navajo government reporter for the Navajo Times, I want readers to know that I had their best interest at heart when reporting.

After 10 years it’s amazing to see the change in myself, and my reporting. I just wish the development and advancement of the Navajo Nation was just as obvious.

Sadly, I leave the Navajo Nation the same way it was a decade ago, with no real tangible improvements.

I believe factual information is crucial.

As we near election season, please look with a critical eye at whom you vote for. When going on a delegate’s social media page, question what they are telling you. Don’t go by how loud they are when the microphone is in front of them. But judge them by how their relationship is with their chapter and its officials, as well as those they are the oversight of.

Delegates are quick to speak of k’é but do they really live by that example?

Thank you, readers, for choosing to read my articles these past 10 years, whether it be in the daily paper I wrote for or the Navajo Times.

The Navajo Times for me was like no other paper out there, and reporting for it was an honor and a dream come true for me.

I’m proud of my work that I did here, and for the awards I’ve won. But, I’m grateful for the readers and the sources.