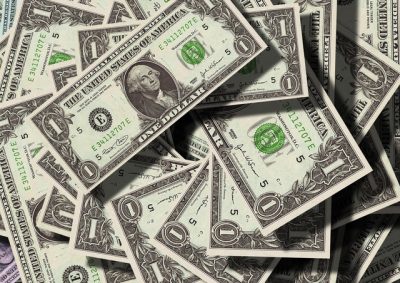 The number of positive COVID-19 tests for the Navajo Nation has reached 3,912, with 140 deaths — including Fred Thompson of the popular rez band Aces Wild. But the $600.5 million in CARES Act relief received by the tribe 11 days ago still has a way to go before it can be spent to battle the virus.

The legislation went through the Law and Order, Budget and Finance and Naabik’iyati’ committees just as soon as it had gone through the five-day comment period where it garnered over 100 public comments.

Dana Bobroff, chief legislative counsel, said this is the legal infrastructure to establish the expenditures, and there can be more than one expenditure plan. One of the main reasons for this legislation is to expedite the process when using the funds, rather than going through the red tape Council “created for itself.”

“This legislation, the goal of it will take care of not only the adoption of the expenditure plan,” said Bobroff,  “but also the implementation of this in an expeditious manner.”

Members of the Law and Order Committee amended the legislation that should the Office of the Controller decide to, the office can hire an outside firm to deal with contracts for CARES Act projects. But it will be given to Priority One and Two contractors on the Navajo business opportunity source list. If no contractor fits the project then consideration shall be given to non-Navajo owned businesses.

LOC members expressed concern about whether the Office of the Controller is capable of managing these dollars since they “are already falling behind” when it comes to issuing checks. Members suggested hiring an outside firm to cut through the red tape and speed up the process.

Budget and Finance Committee member Amber Kanazbah Crotty asked that transparency be assured by having the Office of Management Budget and Department of Information technology develop a website to track spending.

Budget and Finance Committee member Nathaniel Brown requested the Kayenta Township, close to the epicenter of the epidemic, receive funding. As a township they rely heavily on sales tax dollars, and since many stores are still closed they have lost much revenue.

The legislation was approved 19-4 without the blessing of Navajo Nation President Jonathan Nez and Vice President Myron Lizer, who have 10-days to either veto or approve the resolution. Nez and Lizer had asked Council to table the legislation in favor of their own bill (0116-20), which had finally been introduced for the five-day comment period after a few days of being held up at legislative counsel.

Since time is of the essence Nez and Lizer’s bill would propose the creation of the “Navajo Nation CARES Fund” to hold the $600 million in CARES Act funding from the federal government. But, it would also immediately provide $50 million for items such as personal protective equipment, food, water, and care packages for Navajo people, to help health care facilities, and certain governmental needs that will help to keep employees working under safer conditions.

The administration’s bill also proposes the creation of a work group comprised of members from each branch of government that may also include representatives from chapters and individuals to help in developing other expenditure plans.

“This is a unified approach based on the true needs of our first responders and the Navajo people,” stated Nez.

During Friday’s council session several delegates emphasized the need to work together with the executive and judicial branches in order to get this money spent on behalf of the Navajo people in a timely manner.

“We should be talking with the President and Vice President on this,” said Law and Order Committee member Edmund Yazzie, who is the sponsor of 0116-20. “We should be working together on this big funding we are getting from Washington.  We need the funding to go out as soon as possible.”

Health, Education and Human Services Committee member Pernell Halona said they are going in two different directions because it comes down to Council not “liking OPVP,” and this is a major hindrance.

“Point of Order, Speaker,” objected Law and Order Chair Eugenia Charles-Newton. “That’s not true. By clan President is my dad and I have respect for him.”

Damon and Brown both said they have reached out to Nez, Lizer and their staff but have received no response.

“I’ve sent him emails, I reached out to his staff,” said Brown. “I’ve yet to get a response. Tell President and Vice President to answer our emails. I know that its because I made a comment about going to Hweeldi and coming back. He took it personally. I didn’t put his name on it. He was the one who retaliated. I think as elected legislatures we are going through the process.”

Damon said he asked Nez to express his intent or the expenditure plan’s purpose and he would set up the meeting with the rest of Council, and Nez didn’t give him a response. He said the Speaker’s Office has not put up any barriers to communication.