The FBI Phoenix Field Office and Navajo Department of Criminal Investigations continue to seek information about the disappearance and death of Jamie Lynette Yazzie. 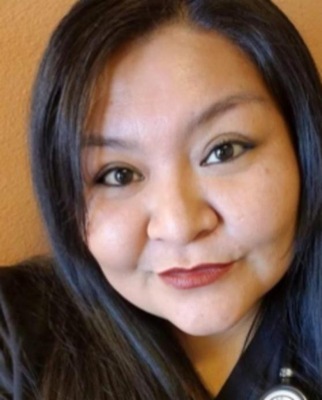 Her remains were found in November 2021 on the Hopi Reservation. Before the discovery, she was last seen on the evening of June 30, 2019, around Pinon, Arizona.

The FBI continues to offer a reward of up to $5,000 for information leading to the arrest and conviction of the person or people responsible for Yazzie’s disappearance and death.

Anyone with information about her whereabouts or the details and circumstances surrounding her disappearance and/or death is asked to contact FBI Phoenix, 623-466-1999; Chinle Police Department, 928-674-2111; or online at tips.fbi.gov

Reward offered for info about death of man in Iyanbito

ALBUQUERQUE – The FBI is offering a reward of up to $5,000 for information leading to the identification, arrest, and conviction of whoever killed William Robert Nelson Jr.

On Aug. 27, 2015, partial skeleton remains, later identified as Nelson, were found along a trail near Iyanbito, New Mexico.

Nelson’s family had reported him missing in May 2014.

At the time, blood and blood spatter were found in Nelson’s bedroom in Iyanbito. The cause of death is undetermined but considered suspicious.

“Those who have lost loved ones never forget, and neither does the FBI,” said Special Agent in Charge Raul Bujanda of the Albuquerque FBI Division. “The FBI and Navajo Nation Division of Public Safety have been investigating this case for a long time. We won’t stop until Mr. Nelson and his family get justice.”

K-9 Kilo was deployed to perform a free air sniff of the vehicle, where he indicated a positive alert.

A search of the vehicle resulted in approximately 7.5 pounds of methamphetamine, over 230 suspected Fentanyl pills, and 1.6 grams of suspected heroin.

Several items of drug paraphernalia were also located, along with two firearms.

Maiya Janan Khalid, 39, of Buckeye, and Jesus Medellin-Lopez, 45, of Phoenix, were arrested and booked into the Navajo County Jail for transportation and possession of narcotic drugs for sale, possession of a stolen firearm, and two counts of misconduct involving weapons.

FLAGSTAFF – Two people were killed after a FedEx tractor trailer rear-ended another semitruck and FedEx truck burst into flames Tuesday morning on Interstate 40 near Winslow.

The Arizona Department of Public Safety said the accident happened at around 7:13 a.m. in the eastbound lanes of the interstate.

Both the driver and passenger in the FedEx truck were unable to get out of the truck and died in the fire.

Both westbound and eastbound lanes of I-40 were closed for several hours while crews and investigators were at the scene.

The accident remains under investigation.