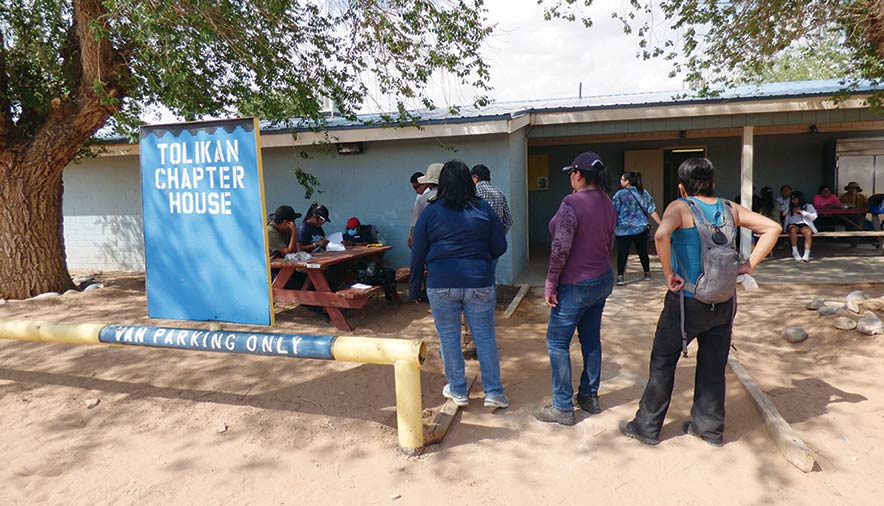 Delegate Charlaine Tso pleaded to the public for any information regarding the disappearance of 62-year-old Ella Mae Begay.

Begay was reported missing by a family member on Tuesday, June 15.

She is 5 feet, 1 inch tall, has a slender build with brown eyes, and weighs around 110 to 120 pounds. What she was wearing is unknown.

Her 2005 Silver F-150 Ford truck with Arizona license plate AFE7101 was seen leaving her residence in the early morning hours of Tuesday, June 15. But the actual time of her going missing remains under investigation.

Begay’s silver truck has a few dents, dark-tinted windows, the gas cover is missing, and the tailgate is down with a spare tire in the back. 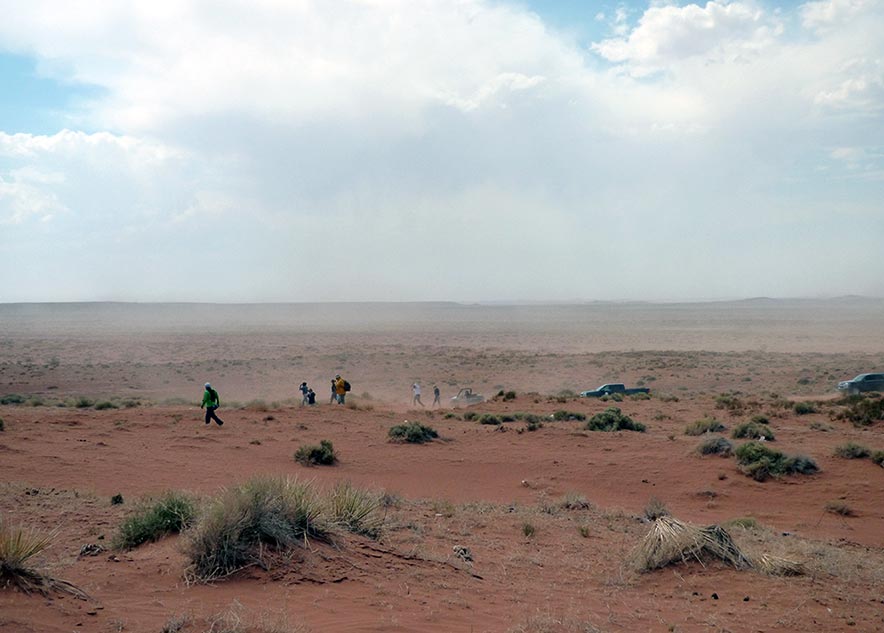 Navajo Times | Crystal Ashike
Navajo Police Training Academy cadets gain experience by walking 12 feet apart in 104-degree heat to look for any leads along the main road on Saturday June, 19. If they see a lead, they will raise their hand and the Navajo Police will assess the area.

On Thursday, June 17, based on investigations, leads and search efforts, law enforcement officers with the Shiprock Police District identified a person of interest, Preston Tolth, who was located in Thoreau, New Mexico, according to Navajo Police Capt. Leonard Redhorse.

Tolth is being held at the San Juan County Adult Detention Center in Farmington.

Meanwhile, the Navajo Police is working tirelessly with the Bureau of Indian Affairs Operation Lady Justice and the Federal Bureau of Investigation.

Furthermore, Tso created a GoFundMe campaign with permission from the family to establish a reward for anyone that can share a tip that will lead to the return of Ella Mae Begay. Tso drove more than 200 miles to post reward posters all over on June 17.

“I told the family we are going to do all we can,” Tso said. “I know some of us are exhausted and some people have been terminated from their job to search.

“I am thinking about it,” she said. “She is very close in age compared to my mom and I’m thinking what if I were in that position, what would I do, so that adrenaline has been pushing all of us.”

Tso was running on three hours of sleep and covered over a five-mile radius by foot with volunteers in 104-degree weather on Friday, June 18.

“Right now, we are trying to get more volunteers out,” Tso said. “The more we have, the more chances we have of finding her. My main focus is to remain positive for the family and continuing to keep their drive and motivation to finding her.”

Eric Treviso, with Shiprock Search and Rescue, organized the search effort with the Navajo Police on Tuesday, June 15. 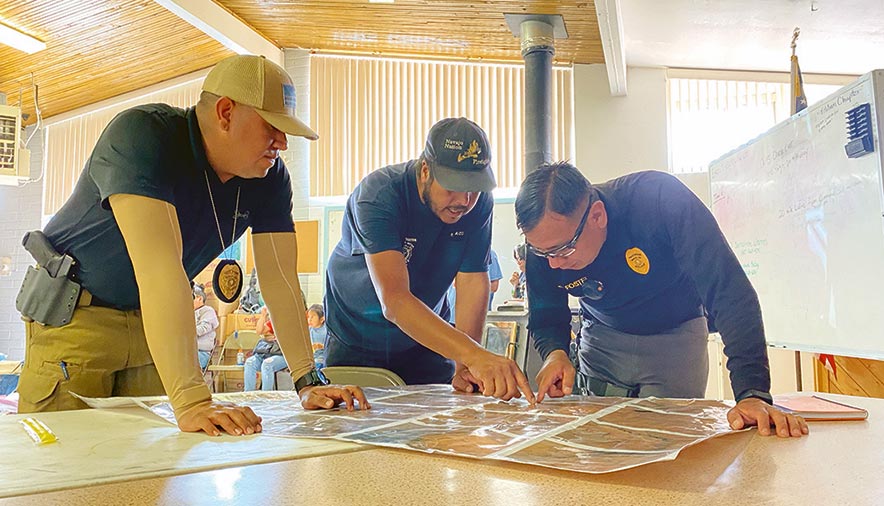 Navajo Times | Crystal Ashike
Left to right, Sgt. Greg Franklin with the Navajo Nation Police, Eric Treviso with Search and Rescue, and Sgt. Eldon Foster look over the search area in grids and give volunteers time to rest before they go out for a third search in Sweetwater, Ariz., on Saturday, June 19.

Treviso also volunteered with Shiprock Search and Rescue when Ashlynn Mike, an 11-year-old, was missing in Shiprock.

“We started adding,” Treviso said. “Now, we work with all the teams. We have night drones, we have four-wheelers.

“I am working with multi-agencies so it’s a little easier.”

The call came to Treviso around 4 a.m. on Tuesday, June 15. He drove out to Begay’s residence to work with the Navajo Police to establish a grid system search.

Treviso set up a one-mile-square area outside the investigation scene to search for any clues, leads, dogs barking or birds.

Once the area was cleared, he organized the volunteers back at the Sweetwater Chapter House into small groups and then briefed them on the situation, and started another two-to-four-hour search effort with the safety of volunteers in mind.

Volunteers are critical to the operation and so Trevino informs them about the unforgiving terrain, distance and weather.

The search was extended for a few days until Sunday, June 20, to allow everyone to physically and emotionally rest in between searches.

Navajo Police and to focus on a structure fire located west of the Sweetwater Chapter house and so a search was not coordinated on Monday, June 21.

Family, relatives, and community members describe Begay as a talented rug weaver who is kind and always at events.

People who want to volunteer or drop off donations can go to the Sweetwater Chapter or go to the Bring Ella Mae Begay Home GoFundMe page. 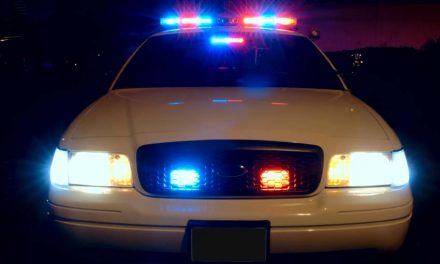