Water hauling has been a bit complicated for people living around Gallup. 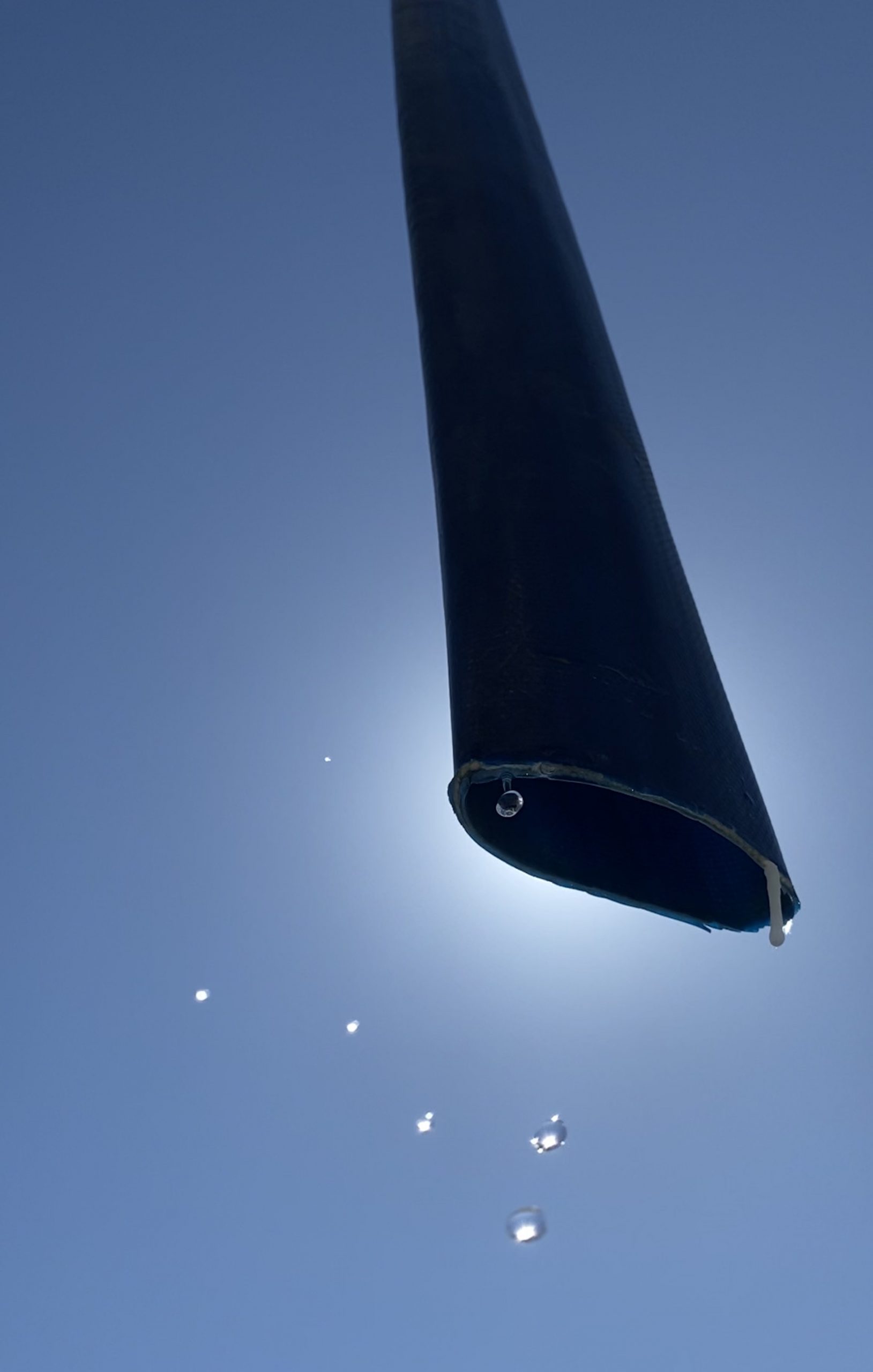 Navajo Times | Donovan Quintero
Water droplets fall from a hose as the sun shines above on Monday in Gallup.

Since the city went on emergency lockdown Friday because of the coronavirus pandemic, water haulers heading into Gallup had to get by New Mexico State Police who were staunch on ensuring no one could just mosey on in as they normally do.

The three-day lockdown, ordered under the Riot Control Act, would have expired on Monday at 12 p.m., but newly sworn-in Gallup Mayor Louis Bonaguidi wrote a letter to Gov. Michelle Lujan Grisham requesting the lockdown be extended. Grisham granted the extension.

To ensure people were not denied access to the water station, Gallup Water and Sanitation Director Dennis Romero said the city, along with the National Guard and Albuquerque Bernalillo County Water Utility Authority, would be setting up water stations for people to fill their water tanks at no charge.

“We set up two temporary loading stations for large tankers. One will be at Red Rock Park and the other one at the port of entry on the west side of Gallup,” Romero said on Monday. “The utility authority tankers, they’re 6,500 gallons apiece; we’re gonna fill them up and people can go over there and fill them up at no cost.”

Another station was at the Chichiltah Chapter, south of Gallup. All three locations have water for both human and livestock use, he added.

According to Gallup City Manager Maryann Ustick, the hours of operation will be from 8 a.m. to 5 p.m. until the lockdown is lifted on Thursday. Another request for an extension seemed unlikely, but things could change, she added.

Ustick said people coming in from out of town with the specific intention of getting water could be granted access to drive through the city in order to get to the temporary water filling stations between now and Thursday.

Paulene Jones from Yatahey, New Mexico, was at the water station in Gallup on Monday filling up her 300-gallon water tank. Jones donned her mask and put on her rubber gloves before getting out of her truck. At the time, she did not know about the water being offered for free to water haulers like herself.

Jones said she hauls water for her livestock every other week.

As of Monday, the number of confirmed COVID-19 cases was at 1,233, with 21 deaths, in McKinley County, according to the New Mexico Department of Health.

For more information about the temporary water stations, call the City of Gallup at 505-863-1205.