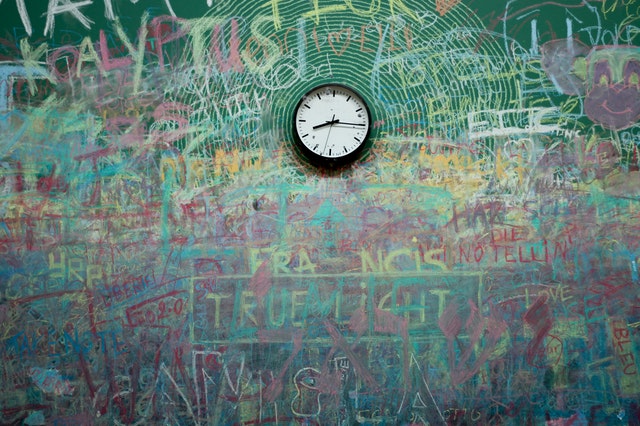 School blackboard with troubled students' slogans and a clock. Courtesy of pexels.com.

Custodians found graffiti on a wall at the Ganado Pavilion on Tuesday that prompted school officials to call police.

According to Dale O’Donnell, acting superintendent for the Ganado Unified School District, a “disconcerting” and “violent sort of writing” was enough reason to call the police.

A source familiar with the incident said janitors found the graffiti “in one of the bathrooms” in the high school gym. The graffiti was written in a threatening fashion against the school.

O’Donnell would not disclose what the custodians found, but it was enough to cancel a non-conference game between the Ganado Hornets and the Hopi Bruins, which was scheduled to begin at 6 p.m.

“Parents were notified of the (game) cancellation,” she said. “We just want to be on the safe side.”

O’Donnell said the Apache County Sheriff’s Office and the Navajo Nation Police looked at the message and said it did not warrant a lockdown, but would investigate.

The Navajo Times attempted to contact the Navajo police, but police did not answer.