The timeline, shared with Council delegates during a recent meeting, starts in 2007 when Kirk was working for the Fort McDowell Yavapai Nation and Drew Ryce was her supervisor.

This partnership between Kirk and Ryce would continue all the way up until her recent dealings with Agile Technology Company, which is currently under investigation by the Navajo Department of Justice. 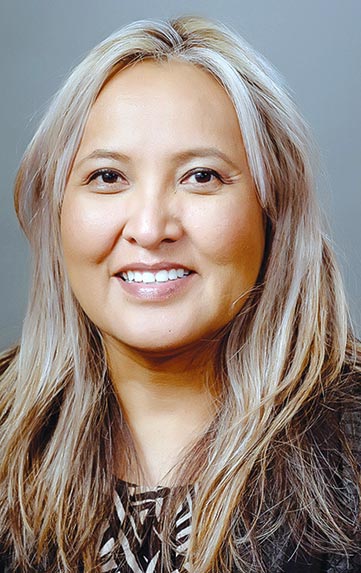 Two criminal charges have been filed against Kirk, but have been sealed so the documents are not available to the public.

Council narrowly voted 13-10 to remove Kirk as controller Wednesday after members returned from an hour-and-a-half executive session. Elizabeth Begay, the former tribal auditor, was appointed by Jonathan Nez to take her place until a new controller can be hired.

The delegates were all provided the timeline of events and it has since been shared through social media and emailed to this reporter.

The time line begins with Ryce and Kirk working as general and assistant counsel for the Ft. McDowell Yavapai Nation, respectively.

They were sued by the tribe in 2010 after allegedly not providing full information to the tribal council and failing to conduct proper due diligence on a high-risk multimillion dollar investment. They both asserted sovereign immunity and the suit was settled confidentially. Kirk and Ryce were dismissed from the lawsuit.

Navajo Times reporter Cindy Yurth reported on this in 2018, and Kirk sued for defamation of character and wrote an op-ed to the Navajo Times calling Yurth a “long-tailed African baboon.”

Kirk and Ryce found employment together again for the Colville Confederated Tribes, where Kirk served as director of finance/CFO for Colville Tribal Federal Corporation. Ryce was hired in the Office of Reservation Attorney from 2010-2017.

By June 2015 Kirk was in private practice as an attorney with Lewis Brisbois Bisgaard & Smith LLP. In that capacity, she worked on an attempted acquisition of Colt’s Manufacturing Co. by the Morongo Band of Mission Indians.

During this time, Ryce was employed as an attorney for the Morongo Band.

“Colt is an iconic business and we’re sort of intensely interested in helping a business like that,” stated Ryce in a 2015 Reuters article. “Colt is ‘the gun that won the West.’ We are the West.”

Ryce told Reuters the band was looking to diversify its economy and an East Coast manufacturer would balance the tribe’s focus on retail, gambling and hospitality in Southern California.
He also said Morongo would qualify as a minority bidder in seeking government contracts — a big potential market for the gun maker, according to the article.

According to Morongo, Ryce brought Kirk in as outside counsel to work on the Colt firearms deal. Morongo later determined the deal would not be in the best interest of the tribe due to poor valuation and a lack of appropriate legal or financial due diligence, according to the timeline.

In January 2017, the Navajo Nation Council voted to remove Jim Parris as controller.

During Parris’s one year as controller, delegates raised the issue of him not being Navajo (Parris is a member of the Osage Nation and the Cherokee Nation) and also that he was only working part time.

Parris resigned when he found out there was legislation to remove him.

A few weeks later, Kirk was appointed as controller. Whether her past actions were known by then-President Russell Begaye and Vice President Jonathan Nez before they appointed her is not certain, but they weren’t conveyed to the public until Yurth’s article.

In March of 2018, Remington Arms filed for bankruptcy. According to the timeline, Ryce contacted Kirk to encourage the Navajo Nation to purchase Remington out of bankruptcy. Kirk, in turn, hired Ryce to work on the deal.

Ryce was retained as a subcontractor under a Husch Blackwell attorney contract through the legislative branch. Ryce was paid at least $33,000 in advance by Husch Blackwell, for which the firm billed the Nation.

Teneo, a New York-based public relations and advisory company, was also hired to assist in the transaction, also as a subcontractor through the Husch Blackwell contract.
Legal fees charged by Husch Blackwell to the Nation total approximately $530,000, according to the timeline.

As of 2019, Ryce’s license to practice law in California was listed as inactive; he is currently not licensed in Arizona, New Mexico, Utah; and is not licensed in the Navajo Nation, DOJ said.
Kirk and Ryce submitted a letter of interest on behalf of the Nation to purchase Remington for an estimated $475- to $525 million, which was promptly rejected.

“This news appears to catch the Nation’s leadership by surprise and generates considerable opposition and concern,” the DOJ’s timeline states.

“Virtually all members of the Nation’s political leadership denied responsibility or knowledge of the ‘bid,’” states the timeline.

Then-President Russell Begaye put out a statement that he “was highly disappointed to learn about the offer to purchase Remington by the controller of the Nation and certain members of the Council.’”

In February 2020, while the Nation was preparing for the onslaught of COVID-19, Kirk again retained Teneo through a legislative branch contract in an effort to purchase Remington.

Ryce was also retained as a subcontractor through the Teneo contract so his contract did not got through the RFP process.

In June 2020, Navajo DOJ first became aware that Kirk was again pursuing a purchase of Remington, this time for $300 million.

According to DOJ, Kirk repeatedly stressed the need for strict confidentiality, stating that if the news got out, it would kill the deal.

DOJ raised several issues with the adequacy of the legal due diligence conducted, among other red flag issues, and the Budget and Finance Committee directed DOJ to conduct an expedited diligence review on behalf of the Nation.

BFC was briefed on the combined due diligence issues and advised that the deal “could lead to substantial risks to the Nation” for multiple reasons, the timeline states.

Now the timeline covers Chicago-based company Agile, one of whose higher-ups, according to the DOJ, is a childhood friend of Ryce.

In August 2020 Ryce emailed Kirk about procuring PPE for the Navajo Nation. Then in October 2020, Ryce directed a controller’s office employee to send a COVID-19 testing contract to Agile, the DOJ asserts.

“In order to do an emergency sole-source justification the controller had to say this is the only company in the world that could provide this type of testing to the Navajo Nation,” said Health, Education, and Human Services Committee member Carl Slater in a Facebook Live video that has since been taken down.

“If you go on Google and search antibody/antigen testing you will learn there are dozens, if not hundreds, of companies in this country that can do that,” he said.

“So now we probably have millionaires in Scottsdale and Chicago because of Navajo Nation CARES Act funding that the controller directly administered and misrepresented to the Department of Justice and to all the other reviewers,” he said.

Currently, Navajo DOJ is investigating this matter. The U.S. Department of Justice and the Department of Treasury are monitoring the situation.

“Look where we are at: We have a $3 million contract that the controller is going to have to pay back,” said Slater in the video. “We are not going to pay that back as the Nation, she’s the one who broke the law here.

“We have tens of millions of other dollars being investigated for their suspect procurement or non-procurement by the controller,” he said. “We have the same individual — Drew Ryce — who has followed her throughout her career.”

During the meeting delegates said Kirk was only coming to her office once a week to sign documents and then eventually stopped going to her office altogether weeks prior to Navajo Times breaking the story of a cease-and-desist order filed against Agile.

During the May 18 Budget and Finance Committee meeting Kirk did call in. During the following day’s special Council session, reports where she would have to present were deleted after Council decided to vote on her removal.

Delegate Paul Begay said he had wanted to hear from Kirk herself, as did the public — many people took to social media to decry the lack of due process.

But if she were to go on record, what she would say could be used against her in court.

Slater and others noted that Kirk has had multiple opportunities to tell her side of the story and opted not to. Also noted was that Kirk had not been in contact with Damon or President Jonathan Nez for quite some time.

“Ms. Kirk will have all her due process rights in the court cases that are proceeding against her in the Navajo Nation judicial system,” said Slater, who said he tried to get Agile to give a report to HEHSC but emails to the company bounced back.

“If there are federal charges, she will have all her due process rights in the federal court system,” he added. “She is not entitled to this position.”

The Navajo Times contacted Joshua Butler, CEO of Sandstone Public Relations, which Kirk hired and paid for with CARES funding to handle her office’s press releases.

Butler sent the following statement: “Per our legal team at Baker Tilly (another Chicago-based contractor hired by Kirk), we cannot provide further information on this particular matter because it is currently under active investigation and I suggest you contact the Navajo Nation Department of Justice for specific questions you have.”

The Ft. McDowell Yavapai tribe did not respond to a Navajo Times email.

Calls to the Pyramid Lake Paiute Tribe, where Ryce is reported to be CEO of the tribe’s corporate board, were directed to a message service, which did not allow the Navajo Times to leave a message.