It’s a somber day for the Navajo Nation after the body of missing 21-month-old Kryon Kelewood was found Friday morning.

The Navajo Nation Police Department received a call Thursday afternoon from a resident in the Horseshoe Canyon area. The caller indicated a woman had approached her house severely dehydrated and stated she had left her children near Horseshoe Canyon in a remote location, 9 miles northeast of milepost 95 off Highway 491 in Shiprock.

At the time of his disappearance, Kelewood was in the company of his mother, an infant and an adult male. The male had no immediate relationship to the mother and children. The vehicle they were traveling in got stuck Wednesday night. The details of when Kyron separated from the adults is still under investigation, according to a news release. 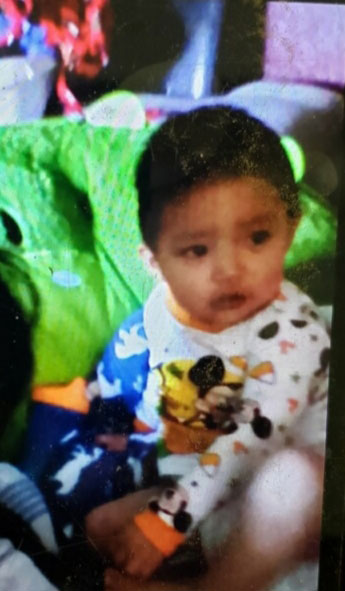 “We find strength and solace in the power of participation of our community and the commitment of all first responders as we bring closure to the family,” stated Chief of Police Phillip Francisco.

After the search concluded a group of 10 men and boys convened at the Shiprock Chapter House where they were having a spiritual debriefing. These volunteers were the group who found the Kelewood’s body.

“We don’t want them to take it home with them,” said Edward Begay, traditional healer/counselor at Northern Navajo Medical Center, about why this type of spiritual debriefing is vital for the volunteers. “They’re very emotional.”

Begay had prayed for the visibly distraught searchers after they had shared their feelings on what had just happened.

“We are saddened by what happened,” said Nez to the volunteers. “We don’t understand why these things happen. The volunteerism, the services you provided, I’m confident you’ll be blessed for it. Not many people these days volunteer.”

It was only three months ago that 4-year-old Anndine Jones of Aneth, Utah, had gone missing. She also was found deceased.

Lizer said they had nothing but hope for a better outcome for baby Kelewood, but right now as leaders they’re there offering “hopefully comfort” but definitely prayers.

“We are offering our prayers for comfort and strength without judging or placing blame,” said Lizer. “We are here to assist and encourage. Sometimes teaching and encouragement are almost the same thing. We want to stave off future tragedies like this.”

The Federal Bureau of Investigation and the Navajo Division of Public Safety will lead the investigation into the child’s disappearance and death.