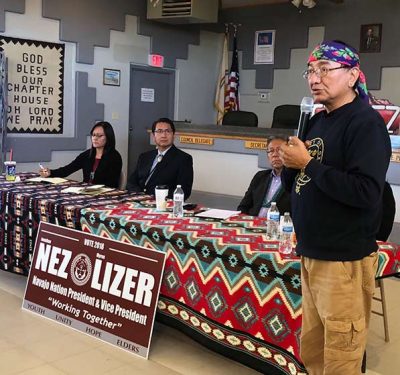 A sentiment circulating among some prospective voters is that presidential candidate Jonathan Nez is less likely to support Navajo traditional ways than candidate Joe Shirley is, because of Nez’s Christian beliefs.

He says his campaign is all-inclusive regarding religion, partially because of the way he was raised, with traditional Navajo values.

He said, “Our campaign has really focused on the Navajo people as a whole. We want to keep everyone together, and that also includes all faiths, all beliefs.”

“My grandfather was a medicine man on my dad’s side, and all his brothers were medicine men,” Nez, who is Christian, said.

“I respect them. That’s what I grew up out of, but my belief today is my belief.”