The owners of Navajo Generating Station in Page, Ariz., on Thursday issued a statement saying they are moving forward with plans to decommission the power plant on Dec. 22.

In a Thursday meeting, Speaker Seth Damon said that there was a “breakdown” in the talks between Navajo Technical Energy Company and the Salt River Project, one of the NGS owners,

Navajo Nation officials have been scrambling to find a way to keep the plant and the coal mine that supplies it open, in an effort to keep the jobs it provides as well as more than $40 million per year it provides for the Navajo government’s budget. 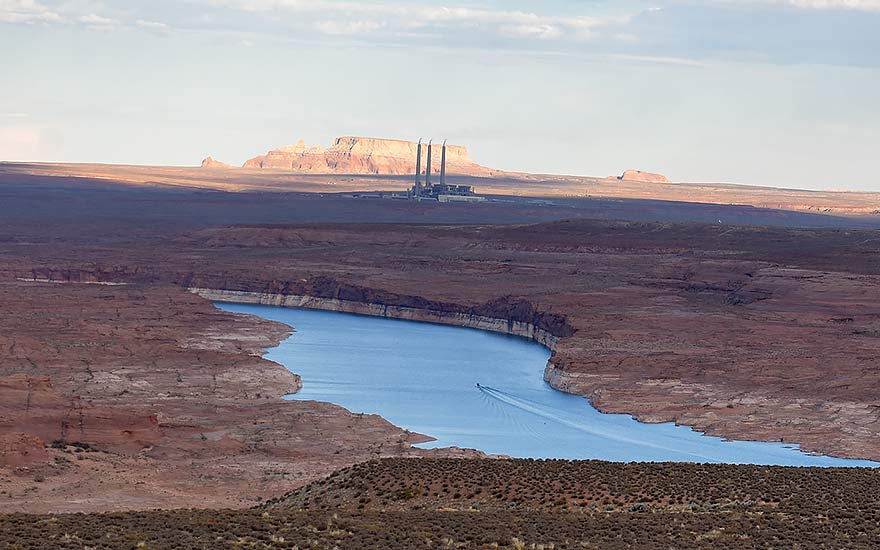 Navajo Times | Donovan Quintero
The Navajo Generating Station near Page, Ariz., is scheduled to close in December 2019 and officials in Window Rock are trying to plan the next step.

Last fall, the Navajo Nation Council asked NTEC, which is owned by the Nation, to explore taking over the power plant and coal mine.

In their Thursday statement, NGS’s owners said, “While the owners have been willing to explore avenues for NTEC to assume ownership of NGS, NTEC is not able to provide the required assurances to protect the plant’s owners, their customers and shareholders in the event of a sale.”

In response to the statement from the owners of NGS that they will proceed with the shutdown of the power plant, two activists who have fought against the use of coal and water to run the plant also issued statements.

And Nicole Horseherder, a member of To Nizhoni Ani, said, “NGS owners and Peabody have mined and burned coal on Navajo land for 50 years. That’s generations of contamination they are accountable for cleaning up, and the Navajo Nation should never let them off the hook for that.”

And officials of Navajo Technical Energy Company also issued a statement, saying SRP claims to have negotiated in good faith but their insistence upon using NTEC as a proxy to place undue liability risk on the Navajo Nation proves their end goal of shutting down operations thereby increasing Arizona’s dependency on SRPs recently purchased infrastructure.

As of this morning, the office of President Jonathan Nez had not yet issued a statement.