NTEC: No reason for NGS stalemate 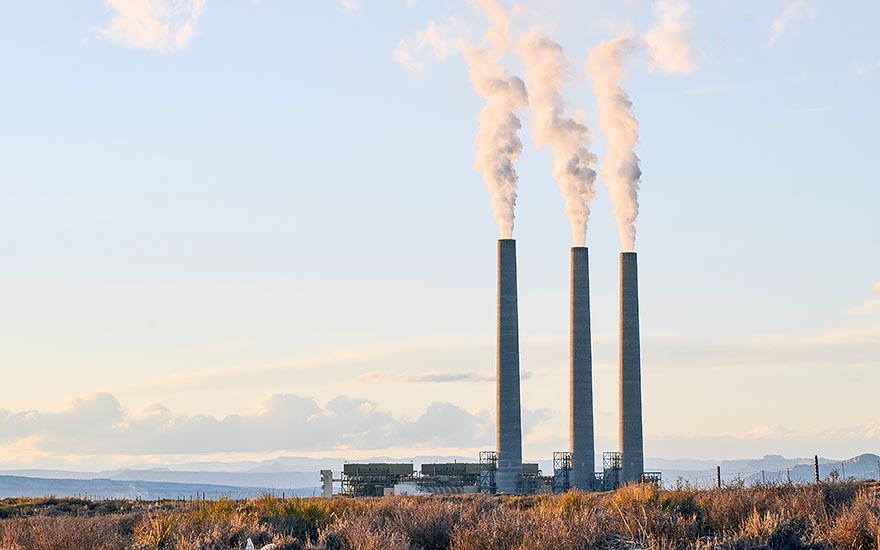 Special to the Times | Krista Allen
Evening light illuminates the Navajo Generating Station in LeChee, Ariz., Thursday, Feb 28, 2019. Navajo Transitional Energy Company’s negotiations with plant and Kayenta Mine owners failed Wednesday, but NTEC officials say they are moving forward in good faith. NGS is set to be decommissioned in December.

Navajo Transitional Energy Company officials on Feb. 28 said they are still in negotiations to take over the reins of both the Navajo Generating Station and Kayenta Mine.

NTEC has been negotiating the acquisitions since December to save both plant and mine jobs and the Navajo Nation’s tax revenue and royalties of $40 million.

NGS is set to decommission just before Christmas this year, unless an owner and an operator can be found.

Because no companies are willing to take the risk, Diné leaders last fall said they want the tribe to take control of the plant and requested that NTEC look into negotiating a deal with the plant and the mine owners.

NTEC officials Wednesday morning said the company, which the Navajo Nation is the sole shareholder, is still open to active good faith negotiations after about five months of discussions with the five NGS owners: Arizona Public Service Co., Bureau of Reclamation, NV Energy, and Salt River Project, the plant’s operator.

“While the owners have been willing to explore avenues for NTEC to assume ownership of NGS, NTEC is not able to provide the required assurances to protect the plant’s owners, their customers and shareholders in the event of a sale,” Harelson said in a statement Thursday. “Because of the time challenges to meet their decommissioning obligations, the owners will continue to move forward with plans to decommission NGS later this year.”

NTEC officials Thursday evening said NTEC is continuing to fight to save the jobs of over 800 Diné and Kiis’áanii families associated with NGS and the Kayenta Mine.

Moseley wrote in the letter that the NTEC team was looking forward to a meeting with all NGS participants on Feb. 27 to proceed with negotiations regarding the asset purchase agreement for NTEC’s purchase of NGS, better known as the advance pricing agreement.

Moseley went on to say it is useful to respond to an email from SRP’s Bill Alkema, who expressed concern that NTEC’s draft advance pricing agreement, or APA, did not show any movement by NTEC on the issues that are important to the NGS participants.

“I assume that Bill is referring to the current insistence on obtaining a Navajo Nation guaranty of NTEC’s obligations under the APA,” Moseley said. “Contrary to Bill’s assertion, NTEC has made significant movement on that issue to establish financial assurances well above SRP’s publicly estimated decommissioning liabilities.”

Moseley said NTEC’s edits were consistent with discussions with SRP’s negotiation team and that NTEC officials expect further discussion at the Feb. 28 meeting.

Moseley went on to say that NTEC is willing to agree that the Navajo Nation guaranty should be backstopped.

“Second, the appropriate backstop for NTEC’s decommissioning and environmental cleanup obligations after the close of NGS is a performance bond in favor of the NGS participants,” Moseley explained. “Specifically, our draft offers the same kind of performance bond that we have in place at our Navajo Mine-Four Corners project and that several of the NGS participants have agreed to as part of their participation in that project.”

The performance bond, Moseley says, would have the same backstop from the Nation that is in place for Navajo Mine-Four Corners bond, meaning that it would also be underwritten by the Nation.

“Specifically, the Navajo Nation has provided a full indemnity to our selected underwriters for the amount of any bond in the event NTEC is unable to meet an obligation guaranteed by such a bond,” Moseley said. “Moreover, were NTEC to fail to maintain a bond under the APA, the Nation will step in to keep in place.”

Moseley says the bond offers the NGS participants substantially more security than what they have now.

Moseley says that’s if they were to retain NGS and undertake decommissioning and environmental cleanup now.

He added, “For this reason, … there is no need or justification for the kind of absolute and unconditional guaranty from the Nation that SRP has been requesting. Further, … there is no precedent to the Navajo Nation offering such a guaranty.”

Meanwhile, 40 Kayenta Mine workers were laid off Feb. 26 due to reduction in workforce, according to Charlene Murdock, spokesperson for Peabody Energy.

“Based on current business needs, Peabody’s Kayenta Mine is reducing its workforce, impacting about 40 workers,” Murdock told the Navajo Times. “The mine will continue to safely produce coal at volumes targeted to meet customer needs and will then advance into a final reclamation phase as part of the closure plan. The company regrets the impact this action will have on impacted workers and their families.”

Mostly truck drivers, dozer operators, and welders at Kayenta Mine were affected. And a total of 300 workers remain at the mine on Dziłyíjiin.

“The mine will continue to safely produce coal at volumes targeted to meet customer needs and will then advance into a final reclamation phase as part of the closure plan,” said Randy Lehn, director of operations support at Peabody.