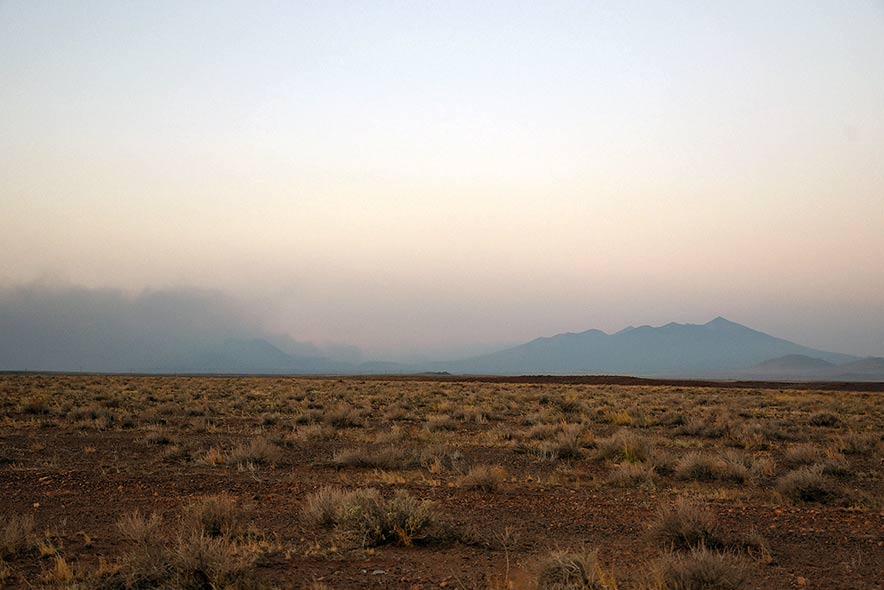 Navajo Times | Krista Allen
The Pipeline Fire burns north of Flagstaff, near the San Francisco Peaks, on June 13. The wildfire started June 12 and has grown to 4,500 acres Sunday night.

A forest fire that started six miles north of Flagstaff on Sunday morning has not yet been contained. 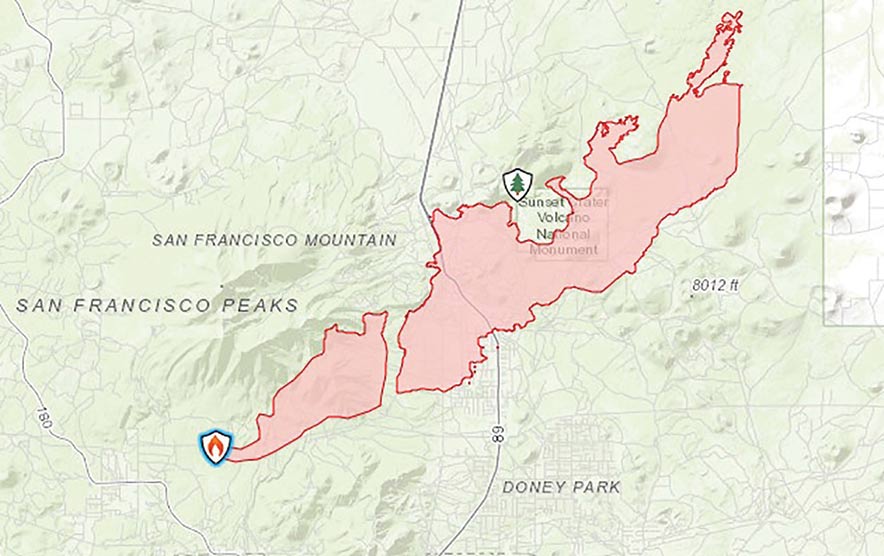 Courtesy photo | InciWeb
The Pipeline Fire is burning six miles north of Flagstaff and charred about 4,500 acres by Sunday evening.

Coconino National Forest officials said the wildfire was reported at 10:15 a.m. by a fire lookout. The Coconino County Sheriff’s Office, according to a Coconino County statement on Sunday, responded to a report of a fire off Snowbowl Road.

Deputies described a white pickup truck leaving the area of the fire. A male suspect was detained until federal law enforcement officers from the U.S. Forest Service arrived.

He was arrested by federal officers and booked into the Coconino County Sheriff’s Detention Facility for federal natural resource violations.

The Forest Service is investigating the fire.

The blaze, known as the Pipeline Fire, started west of Schultz Pass and burned about 4,500 acres on Sunday evening, according to the InciWeb, a website that tracks fires. InciWeb added that 270 fire personnel were assigned to the incident, including local engines, bulldozers, water tenders, hand crews, several Type I hotshot firefighting crews, and a Type II Incident Management Team from outside the area.

“Here we go again,” said Smith on Sunday evening as he watched the plume of smoke from his home in Gray Mountain, Arizona. “The fire is moving fast.” 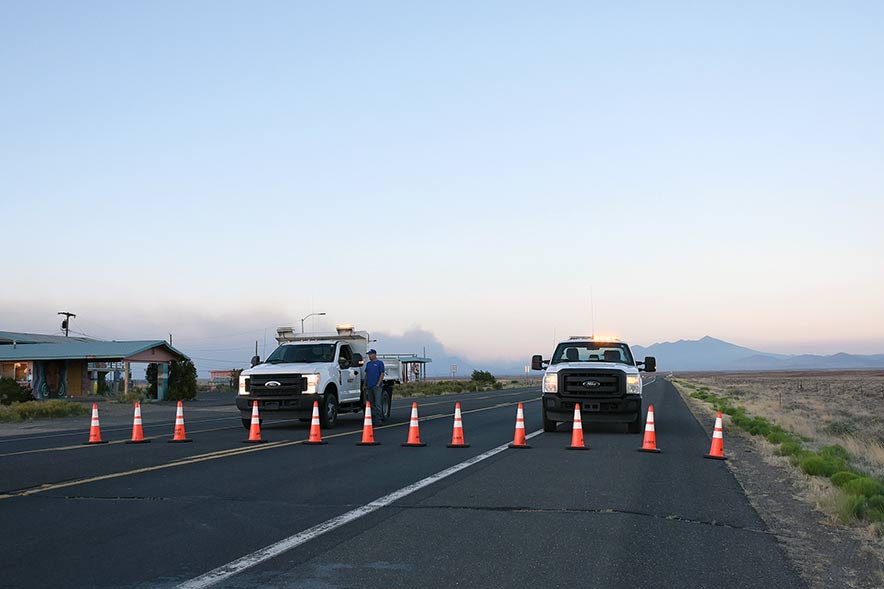 Coconino County District 5 Supervisor Lena Fowler said the road closures affect the entire region, including the 18 Western Navajo chapters and commuters who use the route daily.

“This fire is running the same path as the Tunnel Fire,” said Fowler. “The same people are ordered to leave homes – which means Navajos.

A “GO” order for evacuation was issued for Schultz Pass Road, Arizona Snowbowl, and Timberline South of Brandis. Doney Park, Mt. Elden Lookout Road, and Mt. Elden Estates are in the direct path of the fire. A “SET” position has been issued for Mt. Eden Estates.

A SET position means residents should begin preparing if an evacuation is issued.

A shelter has been set up at Twin Arrows Navajo Casino Resort in Leupp, Arizona, said Jared Touchin, spokesman for the president’s office.

Touchin said the tribe’s Department of Emergency Management team is at the resort to monitor.
“Twin Arrows is providing rooms for families that fall under the ‘GO’ status, the ones who’ve been required to evacuate,” Touchin said. “Some of the families being housed at Twin Arrows are Navajo.”

The Red Cross is also providing shelter at Sinagua Middle School at 3950 E. Butler Ave. An animal shelter is also being provided at Fort Tuthill. Under special circumstances, escorts to and from properties within the evacuated areas will be available from the East Valley Baptist Church at 10655 N. U.S. 89 at 9 a.m. on Monday, June 13.

Forest officials said multiple air tankers were also working the fire. Some were reassigned from other wildfire activity in the state and New Mexico as the Pipeline Fire became a priority.

Arizona Snowbowl on Dook’o’oosłííd said the ski resort would be temporarily closed on Monday. Ski resort officials released a statement Sunday saying the fire isn’t a direct threat to Snowbowl.