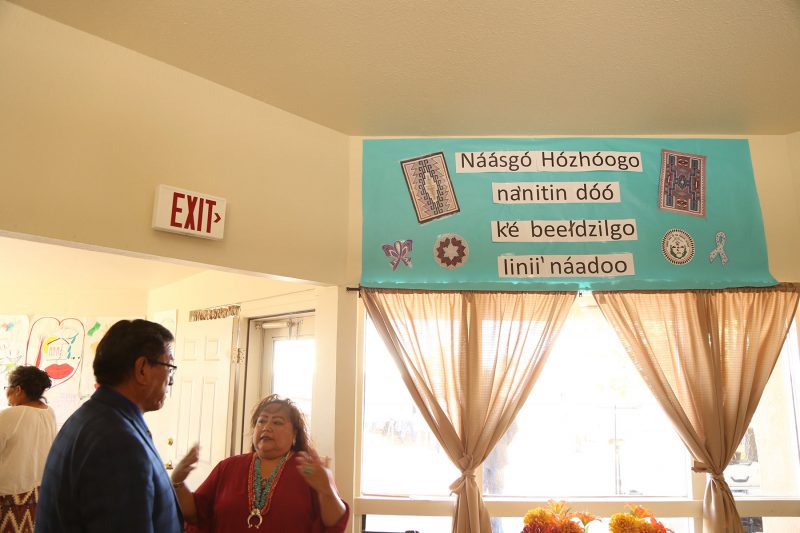 Courtesy photo | Office of the President and Vice President
In this 2017 file photo, then-president Russell Begaye tours the Northern T.R.E.E.House domestic violence shelter shortly after it was established.

Four staff members along with seven residents of the tribally run domestic violence shelter in Shiprock have tested positive for the novel coronavirus, with more positive tests expected in the coming days, according to an email from the Division of Social Services to the Navajo Nation Council’s Health, Education and Human Services Committee today.

Calls to both the Northern T.R.E.E.House shelter and the Division of Social Services to confirm the scenario were not answered.

According to the email, which was sent by Department of Family Services Manager Regina Yazzie on behalf of Social Services Director Deannah Neswood-Gishie, all three families now residing at the shelter — two of whom had family members test positive for the disease — have elected to stay at the shelter rather than relocate to a hotel in Farmington that is housing COVID-positive patients.

Northern T.R.E.E.House Director Trudy Tsosie has also elected to remain in the shelter with the families. The memo did not say whether Tsosie was one of the four shelter staff who tested positive.

The shelter will remain closed to the public and the COVID-positive residents are expected to quarantine there. Five staff members are on sick leave, including two who tested negative but are expected to test positive in the coming days.

According to the email, the families are under the care of Dr. Christopher Allan Percy, director of community health at the Shiprock Service Unit of the Indian Health Service.

Percy has reportedly created a monitoring plan for the shelter, including having a nurse check on the patients daily and transferring anyone experiencing shortness of breath to the hospital.

The COVID-negative individuals will be periodically retested as Percy expects at least some of them to come down with the disease after being exposed to the others.

The shelter residents who have tested positive include two adults and five children ranging in age from 5 months to 13 years. The two adults are mothers of the children.