‘We need the rain’: Monsoons bring some relief, but not much 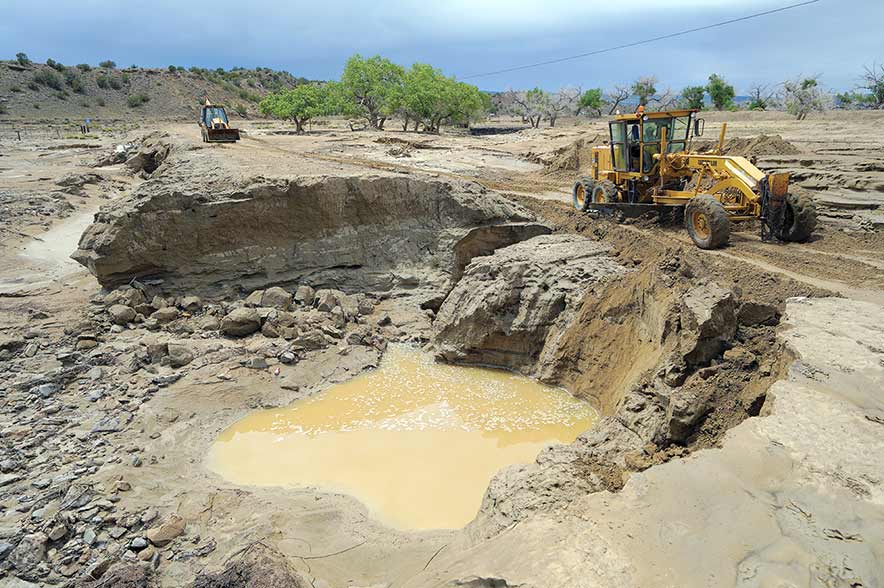 Navajo Times | Donovan Quintero
A grader from the Mexican Springs Chapter clears a path around an area that was damaged by a flash flood on Tuesday.

Two culverts, 6 feet in diameter, were washed away in a flash flood on Monday evening.

The dirt road connects to Mexican Springs and U.S. Highway 491 to the east and Navajo, New Mexico, and Asaayi Lake to the west.

Road crews from Mexican Springs Chapter and the BIA created a temporary path around the destroyed area.

Crews also pushed aside millions of pounds of mud off the road so vehicles, four-wheel included, wouldn’t get stuck.

Silversmith said the repair would be temporary.

About a mile north of the damaged road were two earthen dams containing large amounts of water that had been compromised from the downpour, said Bowman-Musket. 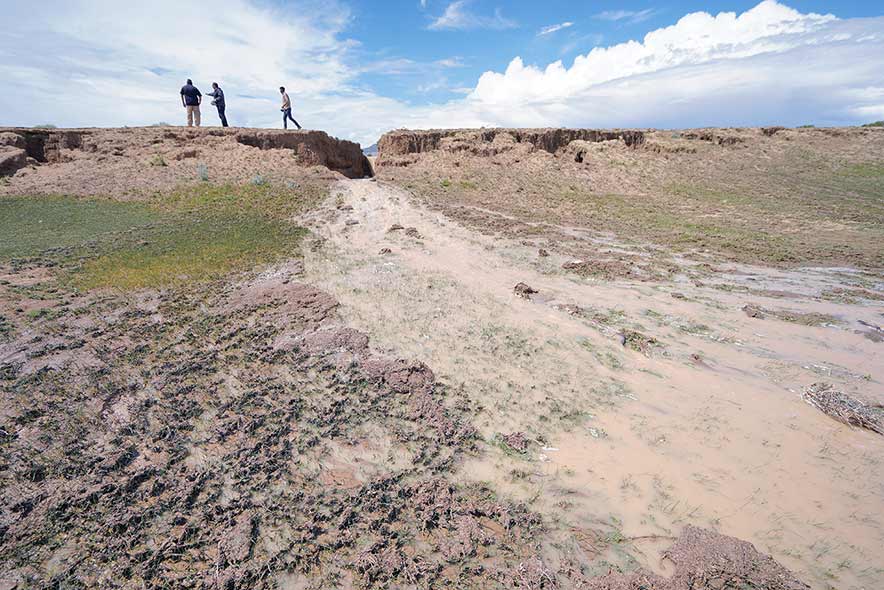 Silversmith and Harland Cleveland, Navajo Department of Emergency Management manager, drove to the site and saw the dam had been breached.

A steady amount of water flowed through the damaged area, and other areas showed heavy erosion.

Bowman-Musket said if one of the dams broke, it could jeopardize homes and wash out Route 30 again.

On Tuesday the path of a flash flood could be seen and had moved toward some homes east of it. The road was impassable due to mud covering about 500 feet of it.

A resolution or letter to Rudy Shebala, Navajo Division of Natural Resources executive director, would speed up repair work.

A few miles northeast of Route 30, the torrential downpour partially settled on U.S. Highway 491, south of Tohatchi. The waters created a huge pond spanning dozens of acres. Road signs were placed along the highway warning drivers of the water on the road.

Silversmith said more than 15 communities in the Fort Defiance and Eastern agencies saw flash flooding since the monsoon began. 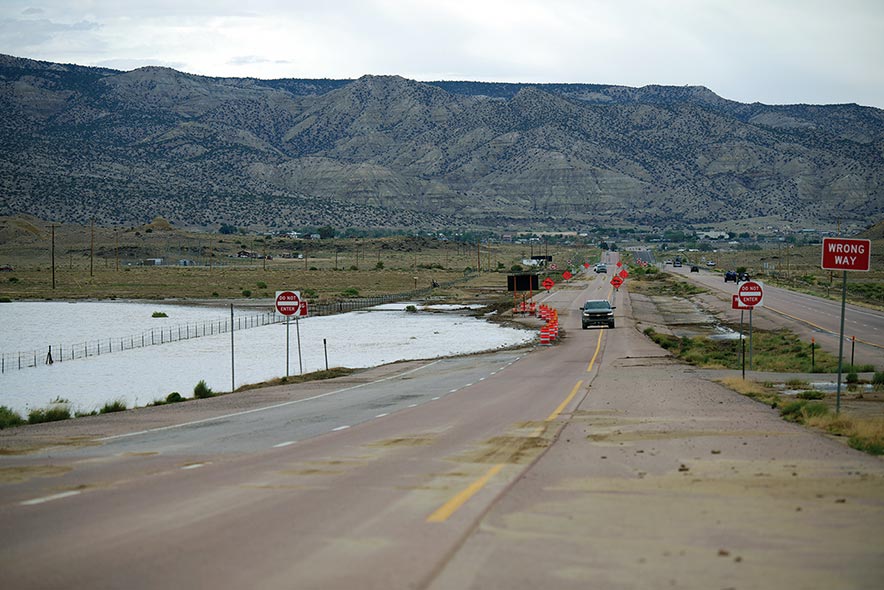 Kayenta Township reported the area was receiving rainfall for the first time this year, but as quickly as it came was already moving north.

Torreon Chapter reported it had been raining for two weeks and had caused some damage to dirt roads. The chapter didn’t report damages or injuries.

“This is the first rain that we got, but we don’t need this fast,” Bowman-Musket said. “If it would just come down nice and slow for a few hours a day, that would be nice.”

The monsoon rains have awakened frogs that could be heard chirping their love songs in the earthen dam in Mexican Springs.

The Navajo Nation continues to experience a mega drought lasting more than 20 years. Currently, the reservation is experiencing moderate to severe drought.

The National Weather Service forecasts rising temperatures and windy conditions across the region.

“We badly need the rains out here,” Bowman-Musket said.