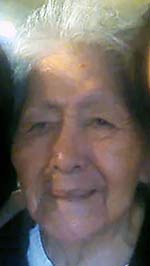 Jean was born Feb. 23, 1939, in Crownpoint, into the Tsenabahilnii (Sleep Rock People Clan), born for Tó’aheedlíinii (Water Flow Together Clan). She passed away July 8, 2019, in Albuquerque. Jean attended cosmetology school and received secretarial training. She was a deacon at Crownpoint Christian Reformed Church and enjoyed her hobbies as a seamstress and quilting. Jean is survived by her daughter, Michelle R. Johnson. 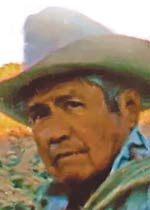 BELLEMONT, Ariz. — A Celebration of Life memorial service for Alvin Larry Charlie, 80, will be held Tuesday, July 16, at the Arizona Veterans Memorial Cemetery-Camp Navajo in Bellemont, Arizona. The Navajo-Hopi Honor Riders will escort to Bellemont.

Charlie will receive military honors west of Dook’o’oosliid, the San Francisco Peaks, with his father, the late Teddy Chico. He spent young preteen life at Camp Navajo with his parents and loved this place.

Secondly, a family memorial service is scheduled Thursday, July 18, at 10 a.m. at the Bethlehem Christian Reformed Church in Tohlakai, New Mexico. Sermon will be conducted by Arnold Smallcanyon of Shonto, Arizona, at the family’s request with assistance of Navajo Police in attendance and local veterans for support.

Charlie was born Jan. 2, 1939, in Rehoboth, New Mexico, into the Tódích’íi’nii (Bitter Water Clan), born for Bit’ahnii (Folded Arms People Clan). He was the son of the late Mabel Haven Chico and the late Richard R. Charlie. Charlie was married to Kathleen Stanton. They resided in Mora, New Mexico. Charlie attended school in Flagstaff and California.

Upon graduating from school, he joined the Army and was stationed at Fort Ord, California. Later, he married Ruby Greenstone and resided in Tuba City. There he joined the Navajo Tribal Police and became sergeant and detective with the force. Eventually he was hired by the Equal Employment Opportunity Commission in Phoenix.

Later, he retired to become a full-time rancher at his homestead in Tohlakai. Charlie loved to rodeo. He and co-workers of the Navajo Police started the first Western Navajo Fair in the 1960s. He loved hunting and the rancher life.

Riverside Funeral Home of Santa Fe is in charge of cremation. 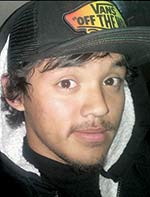 GALLUP — Funeral services for Elliott Storm Parks Jr., 25, will be held Friday, July 12, at 10 a.m. at Rollie Mortuary in Gallup. Elliott was born Sept. 2, 1993, in Mesa, Arizona, into the Tó baazhní’ázhí (Two Who Came To the Water Clan), born for Bilagaana. His nali is Bilagaana; his chei is Naakai dine’é (Mexican). He passed away July 2, 2019, in Thoreau, New Mexico.

Donna was born July 5, 1941, in Gallup, into the Tábaahá (Water’s Edge Clan), born for Honágháahnii (One-Walks-Around Clan). She passed away July 5, 2019, in Gallup. Donna was a homemaker who enjoyed sewing, cooking and attending revivals.

GALLUP — Funeral services for Frankie F. Martin Jr., 27, will be held today, July 11, at 10 a.m. at Rollie Mortuary in Gallup. Burial will follow at the Gallup City Cemetery.

Frankie was born Aug. 29, 1990, into the Kiyaa’áanii (Towering House Clan). His nali is Ta’neeszahnii (Tangle Clan); chei is Kiyaa’áanii. He passed away Oct. 24, 2017. Frankie enjoyed family gatherings and loved his mother’s tortillas. He will be remembered as a humble, caring and respectful little brother.

His mother will forever miss his presence for her birthday, Mother’s Day and every holiday as he always came from afar just to spend this special occasion with her and his family. We love you, brother.

Billy was born Aug. 14, 1927, in Hunter’s Point, Arizona, into the Dibélzhíní (Black Sheep Clan), born for Tl’ógí (Hairy Ones Clan). He passed away June 29, 2019, in Gallup. Billy was a sheepherder and carpenter. He worked for the railroad and with the Navajo Nation as a groundskeeper, maintenance man and carpenter.

After retirement, Billy tended to his sheep and livestock. He enjoyed football and spending time with his family. 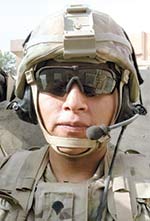 ALBUQUERQUE — Funeral services for Joshua Joseph Van Kanawite, 28, of Rio Rancho, New Mexico, will be held Sunday, July 14, at 2 p.m. at the Daniels Alameda Chapel in Albuquerque. Burial will follow at the Santa Fe National Cemetery on Monday, July 15, at 9 a.m. Joshua was born April 14, 1991, in Albuquerque.