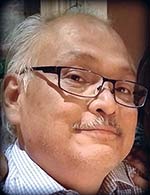 Everett was born Feb. 15, 1962, to Sarah Lapahie and Lawrence Largo Sr., in Phoenix, and was raised on the Navajo Nation near Hogback, New Mexico. He died Feb. 26, 2019, in Goodyear.
Everett graduated from Shiprock High School and graduated in 1995 from DeVry University in Phoenix. He was employed as a metrology technician at Palo Nuclear Generating System for almost 30 years.

Coach Largo began the Native Stars Basketball Program in 1999 where he taught middle school/high school boys and girls the fundamentals of basketball. He had a love of teaching and could break down complex ideas into simple concepts.

Everett created the www.nativehoops.com information website to promote basketball tournaments, camps and clinics throughout the United States and Canada. He freely gave his time for 19 years as a volunteer to the NSB program as well as in camps and clinics, helping hundreds of girls and boys to improve their basketball skills and grow in confidence.

Humble, simple and honest, Everett did not like a lot of recognition. He spent his life volunteering and working hard to support seven children. He taught his children about discipline and to always give back to the community, using their education and abilities.

Loving and caring, Everett met his wife Norma in high school where they were sweethearts. Though he was often serious, he had a unique sense of humor. He loved fishing, taking photos and enjoyed traveling all over the U.S. for work and basketball tournaments.

Condolences for the family may be left at www.ThompsonFuneralChapel.com. 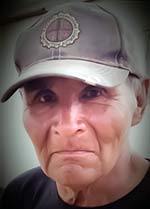 Donald was born to Venita H. Begay, a weaver, and Kenneth Tsosie, a Navajo Code Talker. His chei was Sam Joe Begay of Two Grey Hills, and nali was Zah Tsosie of Sawmill, Arizona.
Donald attended Toadlena Boarding School, Davis High School in Utah, graduating from Navajo Methodist Mission High School in Farmington. He attended the University of Utah and the University of New Mexico.

Donald was well known for his love of sports, particularly his favorite football team, the Dallas Cowboys, and baseball team, the St. Louis Cardinals. He never missed a Cowboys game, listening to live games by radio.

Along with his love for sports, Donald enjoyed the outdoors, hiking, fishing and playing basketball at family gatherings by Narbona Pass at Spruce Tree Spring. He was gifted in mathematics and excelled at using his cognitive energy in besting his partners in games of chess, checkers and Navajo 10.

Donald had a quiet demeanor with a quick sense of humor and lived his life with kindness and generosity. He will be missed as he touched many lives but he will be forever remembered by the good life he shared with his family.

Desert View Funeral Home of Shiprock was in charge of arrangements.

Harvey was born Dec. 30, 1967, in Gallup, into the Ta’neeszahnii (Tangle Clan), born for Naaneesht’ézhi Táchii’nii (The Charcoal Streaked Division of the Red Running Into the Water Clan). He passed away March 3, 2019, in Mexican Springs.

Harvey is preceded in death by his parents, Emma and Harvey Jim Sr.

Thomas is survived by his son, Shelby Joe; and daughters, Natasha Topaha and Thomasita Joe.