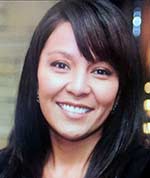 ST. MICHAELS, Ariz. – Funeral services for Kimberlee Benally, 39, of St. Michaels, Arizona, were held at 10 a.m. on Tuesday, May 17.
Officiating was Bishop Ray Holyan. Services were at The Church of Jesus Christ of Latter-day Saints in St. Michaels, and burial was at St. Michaels Community Cemetery.

Benally was a graduate of Window Rock High and obtained her bachelor’s degree in health care administration.

Francis was a caring, loving, and wonderful soul. He was a free spirit crafted by the Holy People. He loved to code, tune cars, off-roading, rebuild computers, watch movies, visit, study, play board games with friends and family, and chat on the phone for two hours or more.

Francis graduated from Ignacio High, Navajo Technical College, and DeVry University with a bachelor’s in IT management systems. Before his death, John completed an A-plus certification from New Horizon Academy. Professionally, John thrived in the fast-paced IT environment where he liked to challenge and couldn’t wait to be at the top of his game. He was very passionate about his IT career and motivated to teach his Native people his skills. He wanted to contribute his education back to the Navajo Nation but was cut off by his mental illness.

John was beloved by many of his cousins from the Joe family, the Francis family, and the Spencer family.

John is preceded in death by his father, Jimmy Francis; his maternal grandparents, Morris and Mary Joe of Teec Nos Pos; his paternal grandpa, James Francis; and his favorite uncle, June Mojo Jr.

Thank you so much to all those who donated money and offered prayers and comfort during this difficult time. John will be forever missed and leaves behind a large group of those who loved him dearly. 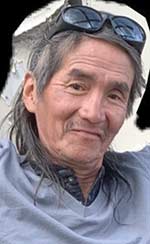 From the family of Doobie Tully Yazzie, I am writing to you about a special memorial event attended by loved ones around the Navajo Reservation and the outer regions from all over the country.

You are all respectfully invited to lay our son, brother, father, uncle, and grandpa Delbert Tully Yazzie, also known as “Doobie,” to rest.

At 56, Doobie was originally from Sanders, Arizona, and his memorial service will be held on Saturday, May 21, at 10 a.m., at the House of Prayer in Houck, Arizona. Doobie passed away on May 8 in Flagstaff, surrounded by his son, siblings, and those closest to him.

His hobby was playing chess – he loved playing chess. He loved jive-talking, and making others laugh with his spontaneous humor; he enjoyed playing card games and long walks from the House of the Rising Sun. He was a free soul; he went as he pleased and found comfort in reading. He played with his artistic abilities to show how he felt. And most importantly, he always wanted to be acknowledged as “Doobie” and never as the government name.

Doobie is preceded in death by his daughter, Dara Yazzie; parents, Thomas and Alice Tully Yazzie of Sanders, Arizona; and grandparents, John and Mary Silver of Wide Ruins, Arizona, and Egbert and Mary Nasbah Yazzie of Greasewood, Arizona.

The memorial service will be held in Houck, Arizona, on Saturday, May 21, at 10 a.m. Pastor Gilbert Tully will officiate on behalf of Dillon Yazzie and his family.

An interment ceremony at the New Houck Cemetery burial site will follow the leading memorial service. Doobie will be formally laid to rest with his daughter, Dara Yazzie, and his parents, Thomas and Alice Tully Yazzie. A reception will be as follows at the House of Prayer. 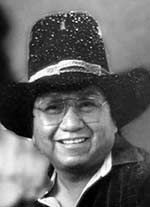 GALLLUP – Funeral services for Johnny Slim Sr., 77, of Lupton, Arizona, were held May 17 at the Rollie Mortuary Chapel in Gallup.

Slim attended Intermountain School in Birmingham City. He worked as a farmer in Burley, Idaho, and later as a sheepherder in Smith Lake, New Mexico. He enjoyed sheepherding, building and fixing stuff, and training horses, and he loved spending time with his family and grandchildren.

CRYSTAL, N.M. — Funeral services for Dorothy Jane Gould, 95, of Crystal, will be held at 10 a.m. today. Father Maynard will be officiating the graveside service at the family plot in Crystal.

Gould was born July 13, 1926, in Crystal. She was Áshįįhí (Salt People Clan), born for Tsi’naajinii (Black Streak Wood People Clan). She passed away May 15 at Fort Defiance.

Gould attended Wingate Junior High. She was a homemaker and she enjoyed weaving as her hobby and lifestyle.

A drive-by reception will be held. Silver Creek Mortuary is in charge of arrangements.