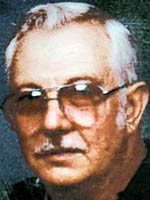 GALLUP — Funeral service for Lyle M. Woodward, 80, of Continental Divide, New Mexico, will be held Friday, Nov. 19, at 1:30 p.m., at the Rollie Mortuary Chapel in Gallup, with Alvin Dorsey officiating.

After retirement, Lyle enjoyed going to car/truck shows around nearby states. He was a member of Shriners International 4947 in St. Joseph, Missouri, and Nodeway Lodge 470 in Maryville, Missouri.

Lyle also served his country in the U.S. Air Force and was honorably discharged.

Lyle is preceded in death by his mother, Adele Woodward; and father, Marshall Woodward. 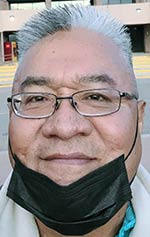 Marvin was employed as an IT at Diné College and enjoyed fishing, camping, hunting, and reading. 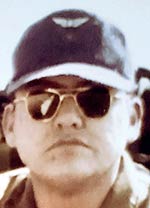 PAGE, Ariz. — It is with profound sadness that the family of Ernest S. Reed announces his peaceful passing on Oct. 27 at the age of 71. He was buried with full military honors on Saturday, Oct. 30, in the Page City Cemetery where his wife Lena Reed is also buried. His honorary funeral procession was led by the Navajo Hopi Honor Riders from Tuba City to Page, Arizona, for his final rest. His nephew, Pastor LeRoy Thinn, led the graveside service and his granddaughter, Durann Begay, delivered a heartfelt eulogy.

Ernest will be remembered for his honorable service during the Vietnam Era from 1971—1977 and his great respect for veterans. He achieved the rank of U.S. Army Corporal Specialist 4 and was assigned to 180th Aviation Company as an aviation repairman, specifically repairing and maintaining Army helicopters. He was an especially big fan of the Chinooks and took great pride in having worked on and flying them.

Upon his return to civilian life, Ernest was a wildlife resource officer for the Navajo Nation Game and Fish Department before starting his 38-year career at Navajo Generating Station and Salt River Project Corporation as a railroad specialist, track equipment operator and mechanic.

Upon his retirement, Ernest was recognized most for his safety consciousness and skillful operation of heavy equipment, cranes and the famous NGS coal train.

In his leisure and after retirement, Ernest will always be remembered most for having been an avid outdoorsman and family man. He loved hunting, scouting for hunts, camping, fishing, and being in the elements.

Ernest enjoyed spending time with family and helping whenever he was needed. He will be deeply missed by his friends, family and all who knew him.

Jefferson was born Feb. 29, 1984, in Gallup, into the Táchii’nii (Red Running Into the Water People Clan), born for Tsi’naajinii (Black Streak Wood People Clan). He passed away Nov. 8, 2021, in Raton, New Mexico.

Jefferson graduated from Crownpoint High School in 2002 and from Western New Mexico University in 2008. He was employed as a certified nursing assistant at Miners Colfax Hospital since 2010. He enjoyed working, traveling and spending time with family.

A reception will take place at Irene Scott’s residence in Rabbitbrush, following service.

On Aug. 5, 1991, mid-morning in Gallup, Franco was blessed to the late Albert Begay and Sherry Begaye of Torreon. He was one of three children and was raised in Torreon, and the remote community of Rincon Marquez. He slipped peaceful into eternal life on Nov. 4, 2021, in Flagstaff.

Franco completed his internship as a principal researcher at Northern Arizona University in Flagstaff. He was a university student at time of his untimely death.

Franco exemplified commitment, integrity, dedication, conviction, and compassion, which he applied to everyday life. He was a caring, reserved, private, intelligent, humble, overprotective, and a very spiritual person. He was a blessing if you got to know Franco.

Franco was blessed with friendship from prominent Native American actors/actresses such as Robert “Tree” Cody (stepson of Iron Eyes Cody); late Eugene Blackbear (Last of the Dogmen); Elaine Miles (Smoke Signals); and Wes Studi (Geronimo). Growing up, he was rubbing elbows with Native American celebrities and didn’t know it, but friendship bonded immediately.

Franco is survived by his sisters, Brittany and Cherona; brothers-in-law, Raymond Strange and Exavair Shorty; significant other, Kendra Yazzie; and mother, Sherry Begaye.

The family extends their sincerest gratitude for the numerous thoughts, prayers, donations expressed to the immediate family, significant other, and extended family and friends during this untimely and difficult time.

You were blessed if Franco let you into his life, draw from his inspiration and his legacy will live on.