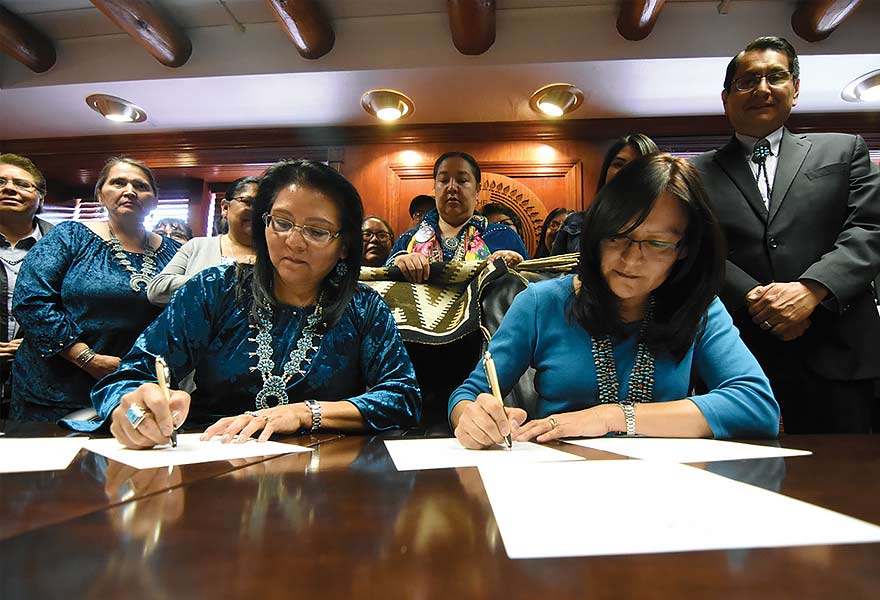 When first lady Phefelia Herbert-Nez and second lady Dottie Lizer took up their new positions, they also established a list of priorities.

Among them were domestic violence, missing and murdered Indigenous women and human trafficking.

In an effort to highlight these issues, they and President Jonathan Nez on April 5 signed a proclamation proclaiming April as “Sexual Assault and Sexual Harassment Awareness month.”

“One in two Native women are sexually assaulted,” said Lizer. “That’s high compared to the national average, which is one in six. This brings to light how evident it’s here on the Navajo Nation. We are here to really bring the awareness and the prevention to Navajo, because we need that.”

During the signing, Jonathan and Phefelia Nez and Lizer were surrounded by delegates Amber Crotty and Charlaine Tso and employees from the Division of Social Services and Strengthening Families Program.