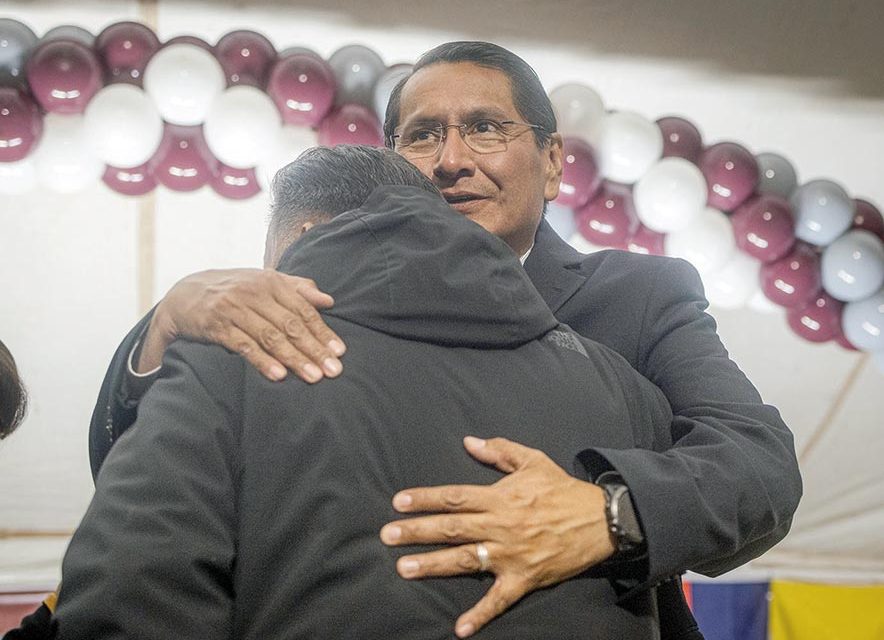 Candidate Jonathan Nez lost his bid for a second term on Tuesday night, but the sitting president still had a smile on his face.

“It is what it is,” Nez said. “And you just gotta thank the people for doing a positive campaign … without any negativity. It was just all about looking toward the future.”

Nez said sometimes things doesn’t go one’s way but that doesn’t mean one should linger on the problem.

“You gotta keep a smile on your face and keep on moving forward because we’re not in control, God’s in control,” Nez said.

Nez became the youngest Navajo Nation president – after serving as vice president – at one time. He took the oath of office in 2019 when he was 43. Now, he’s 47.

“It was a tough four years,” Nez said. “The team here, the people here––we came together as one. We helped each other through one of the most difficult times in our generation: going through a pandemic.

“I’m proud to say that our team (the Nez-Lizer Administration), the Navajo people saved many more lives and I think that’s what we’re going to be remembered for into the future,” Nez said.

The sitting president said his administration embraced uncertainty early in the COVID-19 pandemic. He said he and his team played havoc with expectations.

“We were able to push back on a worldwide pandemic,” Nez explained, “and turn around and to show and magnify the resilience of the Navajo people.

“And I’m honored and proud to be part of that,” he added.

Unofficial results from the Navajo Nation Election Administration showed Nez with 31,069 votes. His opponent, political newcomer Buu Nygren, was ahead by about 3,500 votes with all 110 chapters reporting.

Nez received the most votes in the August primaries. Nygren finished second.

“So, I just appreciate––to have this opportunity to be a selection with President Nez as his vice president,” he said, “and it was a great time.”

Abeyta, who works for the legislative branch, said he’s familiar with issues across the Nation.

“I’m fully updated and aware of what’s going on,” he added. “It’s really to have a robust government.”

Abeyta’s wife, Paulene Abeyta, said traveling across the Nation with her husband and Nez and his wife, Phefelia Nez, was a great experience.

Paulene, who’s also an attorney, said visiting the 110 chapters was just confirmation that the Diné need a specific type of leader to address those issues.

“Working for the (Navajo) government has been very eye-opening. You think you know your government; you think the processes and you know the issues and how to fix things––it’s very different once you work for the government.”

Paulene added that it’ll be interested to see how the issues will be addressed under a new administration.

“To have someone in that position, who has those qualities can look at those issues holistically and find creative solutions––was what we (she and Chad) were bringing to the table,” she added. “And we’re gonna continue to bring that to the table.”