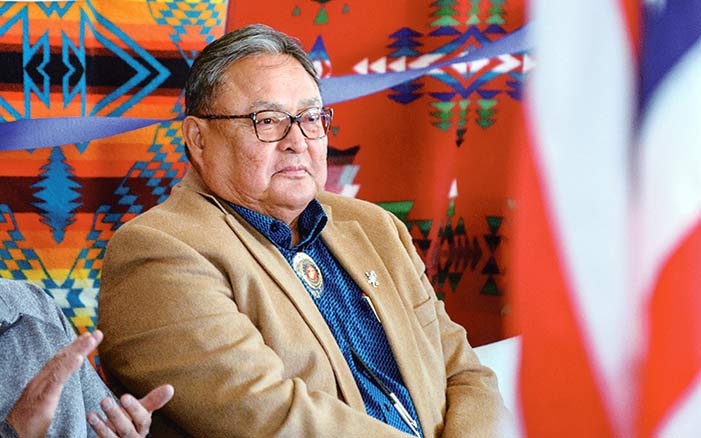 Just when you thought the fallout from the 2014 election was over, the election supervisors who were ousted by the Navajo Nation Supreme Court during the Chris Deschene controversy are asking to be exonerated.

Three of the former supervisors — Tom White, Norman Begay and LeNora Fulton — appeared before the Fort Defiance Voters Coalition Wednesday to plead their case. The coalition (of which all three are members) passed a resolution asking the 24th Navajo Nation Council to exonerate them of any wrongdoing and allow them to run for office again if desired. At their ouster, they were prohibited by the court from running for any public office for eight years, of which four remain.

White, a former Apache County supervisor who had eyed a Council seat, said being barred from running for office felt like “being in prison.” He said both Fort Defiance and Ganado chapters had approached him about running for chapter president after their respective presidents won Council seats, but he had to turn them down (in Ganado’s case, he admitted, he would have had to anyway, since he is registered to vote in Fort Defiance).

In the resolution, the former supervisors argue they felt they were upholding the law when they disqualified Hank Whitethorne’s and Dale Tsosie’s grievance against Deschene, whom Tsosie and Whitethorne claimed couldn’t speak Navajo and therefore should not have been allowed to become a candidate for Navajo Nation president.