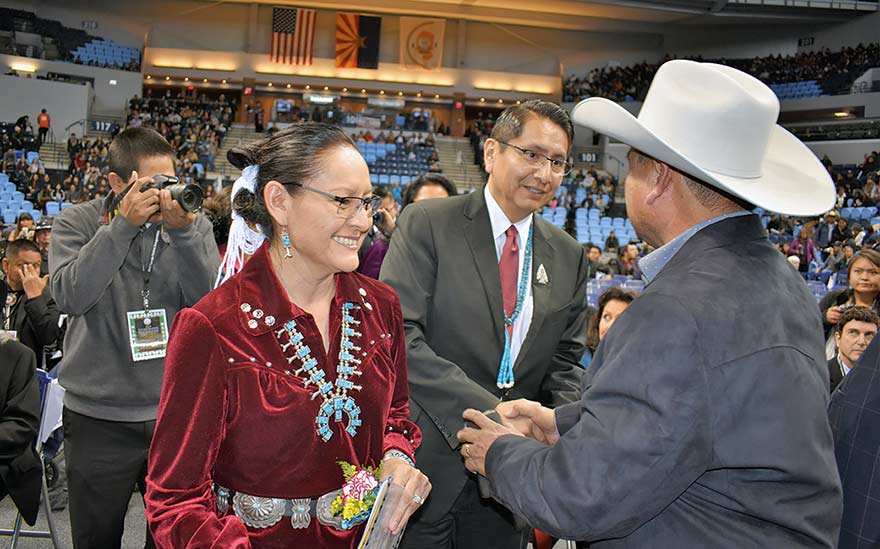 As the first lady of the Navajo Nation, Phefelia Herbert-Nez said first and foremost she is a mother and home-school teacher of her two sons and the wife of her husband, Navajo Nation President Jonathan Nez.

Humbled by becoming the first lady, a position that has been vacant since 2015, she expressed that “love conquers all” and “compassion is just as powerful as love.”

“As a daughter, mother and wife I have come to realize that the foundation of our great Navajo Nation are built on four important concepts,” said Herbert-Nez, “love, compassion, faith and family.”\

Like her husband, Jonathan, has done many times, Herbert-Nez challenged the Navajo Nation. But her challenge, she said, is to “open your heart,” such as giving simple words of encouragement, which could change not only a person’s day but the path of the Nation for the better.

“To open our hearts for the people in need would present opportunities,” said Herbert-Nez. “One way to give back to the people is through volunteerism.”