Call it irony, poetic justice or just a coincidence, but the replacement for Council Delegate Tom Chee, whose presidential campaign was plagued by allegations of sexual harassment, may well be a woman. 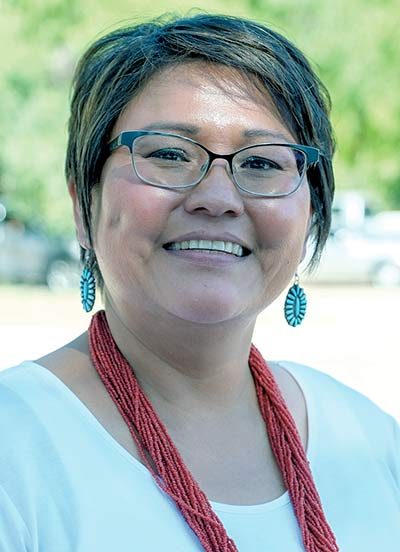 Special to the Times | Ray Landry

Eugenia Charles-Newton topped a crowded field — which included four women — to take one of two positions on the general election ballot for Shiprock Council delegate.

Eugenia Charles-Newton, an attorney, was the top vote-getter in the primary for Chee’s seat as delegate for the Navajo Nation’s second-most-populous chapter, besting a field in which four of the six candidates were female. She will face Vern R. Lee in the general election.

And she was not alone. Charlaine Tso came out on top in her district of Mexican Water, Tolikan, Teec Nos Pos, Aneth and Red Mesa, gathering 127 more votes than her nearest competitor, incumbent Davis Filfred. Incumbent Amber Kanazbah Crotty blew her two male opponents out of the water for the seat that covers Toadlena/Two Grey Hills/Red Valley/Tse Alnaozti’I/Tooh Haltsooi, Beclabito/Gadiahi/Tokoi/Cove, getting more than twice as many votes as either Irvin Tyler (whom she will face in the primary) or Lee J. Zhonnie.

Although she was a distant second to Ganado Chapter President Vince R. James for the seat representing Cornfields/Ganado/Kin Dah Lichii/Steamboat, Jennifer Solee-Taliman beat out Caleb Roanhorse for a spot on the general election ballot.