A look back: Navajo Nation Fair brings back fond memories 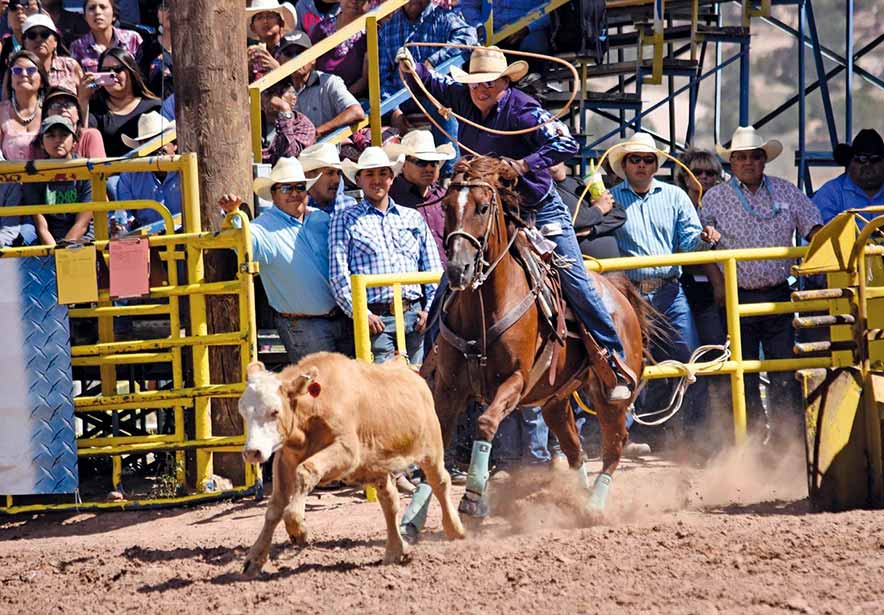 There is something special about the Navajo Nation Fair.

For the past decade I have covered this grand event for the Times and like most rodeo enthusiasts I’m eager to see what unfolds during the week.

Our annual fair would have opened up earlier this week with the junior rodeo on Labor Day and on Tuesday we would have caught a glimpse of our early leaderboards in the timed events.

As this issue went to the newsstands, the PBR’s Bucking on the Rez would have been completed.

None of that happened because of the COVID-19 pandemic. As of Wednesday, the total number of positive cases hit 9,903 on the Navajo Nation with 527 deaths. 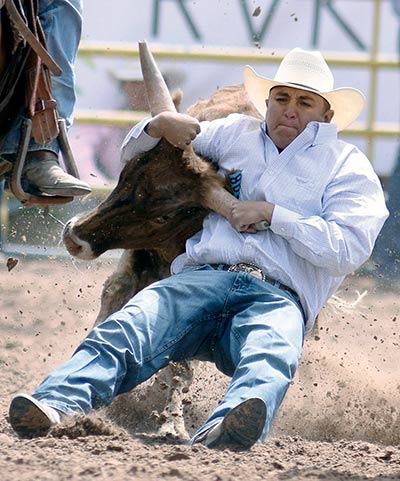 Most of those cases were reported in the spring when the rate of infection per capita was the highest in the country. In response to the outbreak, our leaders took the necessary action of cancelling all public events, including fairs, to help curb the spread.

Needless to say, it was the right decision but as I write this column it pains me that we have to let this week pass us by with no fair.

It’s agonizing to know that the Dean C. Jackson Memorial Arena will sit idle, especially this weekend when the top cowboys and cowgirls should be jockeying for position for a coveted title.

With this year’s event being cancelled many of you posted memories of your Navajo Nation Fair experience on Facebook.

I too would like to share some of my memories. Over the years I witnessed some of the greatest triumphs while covering the fair, such as my rookie season when Renielle Sells captured the women’s all-around title in 2011.

The Arizona cowgirl accomplished that feat by taking care of business in the roping chute.

Unlike previous years, when a contestant who entered both the barrel-racing and breakaway events usually claimed the women’s all-around title.

But Sells won the coveted title by placing second in the breakaway aggregate race while adding a third-place finish in the women’s team roping.

“This was a huge surprise,” Sells told the Times. “It didn’t cross my mind that I was in it to win it.”

That same year, Wyoming cowboy Britt Givens stunned the tie-down field by winning the average race as a 56-year-old contestant. Not only did he win the title, he also captured the final four showdown, pocketing a grand total of $5,348. 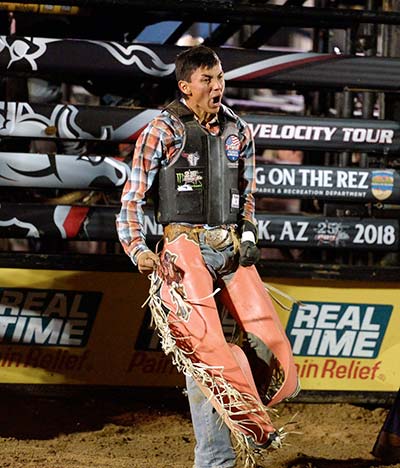 “I tell you, 95 percent of it is the horse,” Givens said when asked how he was able to overcome the challenges of competing against guys a lot younger than he.

“It really is and I owe it a lot to him,” he said of his equine, Mr. Miracle.

“I had a pretty good day,” the then-23-year-old cowboy said following his monumental win as he cleared $8,846. “Everything just clicked for me.”

Dennison placed third in the breakaway aggregate race and in a rather compelling duel she tied for first place with Parker, Arizona cowgirl Jill Welsh in the barrel-racing event.

To top things off, Dennison later claimed the final four showdown in both of her disciplines.

“I’ve always been the one to say that consistency wins championships,” Dennison noted. “The more consistent you are, the more likely you’ll be a champion.”

That attitude seemed to have helped her as she had a breakout year in 2014 when she earned a qualification for the Wrangler National Finals Rodeo.

While on the subject of a breakout year, local bull rider bull rider Cody Jesus mesmerized the capacity crowd during the 2015 NNF when he earned a $10,000 paycheck by winning the final four round as a 17-year-old.

“I was competitive and I worked hard throughout the eight seconds,” Jesus said after his 84-point ride. “I drew a good bull. The bull went out fast and bucked hard. I stayed with the bull.”

The $10,000 final four purse grew over five years as no bull rider had recorded a score in the final four round until Jesus broke the ice.

Besides winning the showdown, the Sawmill, Arizona cowboy won the short go and the average race that year.

In 2018, Jesus struck gold again when he turned in a first-class performance during the Bucking on the Rez, a PBR tour event with a pair of 90-point rides during the tribal fair.

One might even say his exploits boosted his confidence as he went on to compete at the PBR World Championship in 2019. He finished ninth in the aggregate race, which included a first-place win in the second round of the world finals.

Over the course of three years, Jesus created some memorable moments inside the DCJM arena for us to appreciate. But he’s not the only one as the 2016 tribal fair proved to be the year of first-time winners.

The big stage of the NNF didn’t seem to faze Kaitlyn Haven, who won the women’s all-around title as an 18-year-old.

Haven credited her IJRA roots for preparing her as she came out of nowhere to claim the title.

“I was excited and surprised because there are a lot of competitive women there,” Haven said of her feat. “It was an honor to compete with them because a lot of them did very well in their events. It was such a good experience and it means a lot to win the all-around.”

Daye was the only contestant to cover both of his bulls from renowned stock contractor Harry Vold Rodeo Company at the 70th annual fair.

“It feels pretty good to get both bulls ridden,” Daye said. “The last few times that I’ve rode here, my best finish was either second or third.”

With some of the best stock in the business, Daye said he had to work for this title, as he was feeling a little bit sore after the rodeo.

“These are some of the best PRCA bulls,” he said. “They are of great quality and we all could ride them but some of them got bucked off.”

Besides Daye, Tohatchi cowboy Kyle Dean Dennison fulfilled a lifelong dream of winning the all-around title in one of rodeo’s greatest arenas.

“It felt great to come into my grandpa’s arena and finally win this,” Dennison said of his all-around title. “Before the rodeo I was feeling confident and I knew that I was due because I had a real tough year.”

Dennison said it was tough for him to win anything during that summer but his luck changed for the better when he won the steer wrestling average, coupled with his second-place finish in the tie-down event.

“I figured that my time was coming and I did a lot of training for myself, mentally and physically,” he said. “I felt that I was more prepared than I have ever been, even when I was younger.”

The 2017 installment was a good one for White Mountain Apache team roper Ty Romo.

In his eight previous trips to the NNF, Romo’s best showing was a third-place finish in the aggregate race.

“I was roping with two of the best headers in the world,” said Romo, who pocketed a fair-best $11,293.07. “I knew that if I did my job we would be all right because I know they were going to get it on fast and all I had to do was make sure I get them all caught.”

“It’s the most amazing feeling in the world to have. I’ve had some good success here on the Navajo Nation, especially in the presence of my closest friends and family,” Lowman said. “To come back and to live this moment year after year, it’s just a true blessing.”

At the 73rd NNF last year, the stars seemed to align for local cowgirl Serena Dahozy.

The Fort Defiance cowgirl turned in a masterpiece performance as she captured three titles last fall, winning both the aggregate races in the women’s team roping and breakaway events.

Those two titles assured her the women’s all-around title as last year’s event awarded horse trailers to the men’s and women’s all-round winners.

“I’m just so happy to have won this,” Dahozy said afterward. “This is a real nice trailer. It’ll be great for my horses to get in.”

On the men’s side, Donovan Yazzie upstaged some would-be challengers to claim the tie-down event as that finish earned him the all-around title.

Yazzie said he didn’t expect to win the all-around but “everything fell into place.”

With the fair being scrapped this year I’m going to miss all the drama that would have played out this week. Nevertheless, the cancellation gave me a chance to reflect on some of our past winners.