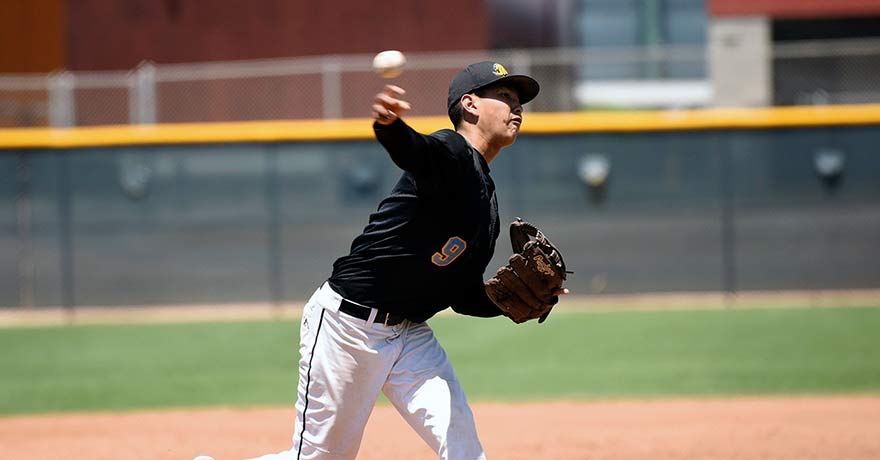 With a No. 6 ranking going into the Arizona 2A state baseball playoffs, the Alchesay Falcons put themselves in a good position to break a long dry spell.

Alchesay won their first playoff game in over 50 years, edging No. 11 Parker by a 5-2 count in last Friday’s opening round game.

With the win, the Falcons earned the right to take on No. 3 seed Bisbee the following day. But they came up short 7-0, ending their season at 19-9 overall.

“This was our fourth straight year making the playoffs,” Alchesay coach Ray Acosta said. “The first two years was great just making it here but once you’ve been here it’s time to win that first-round game.”

Acosta, who had to serve a one-game suspension, did not coach that first-round game. Nevertheless, his assistant coaches and players stuck with the game plan to pull out the “W” so he was on the sidelines for Saturday’s contest.

“I have to give props for my players and, of course, my assistants,” he said. “They knew what the game plan and everything that happened (last Friday) was just part of the process. They followed my lead.”

Senior outfielder Tyreck Cosay said winning that game was pretty special, considering their history of first-round exits when it comes to the state playoffs.

“That was pretty big for our baseball program, especially for me because I’m a senior,” he said. “I got a little emotional but it means a lot to us – for the people of Whiteriver.”

The Falcons recorded nine hits with Cosay leading the charge by going 4-of-4. He finished with a double and three singles and 2 RBIs.

On the mound, junior ace Elisha Walker went the distance in that first-round game as he gave up two runs on five hits while collecting 7 strikeouts.

“We knew it was going to be a battle but Elisha pitched a hell of a game,” Acosta said.

“Winning that game helps our program,” he added. “Now we know what it’s like to win a first-round game. We have to keep going in that direction.”