In fitting fashions, the Navajo Prep girls and the Rehoboth boys capped the season with undefeated records.

As a result both teams claimed the blue trophy in their respective brackets inside the famed Pit on Friday.

Of the two, the Lady Eagles (14-0) had a more comfortable finish as they repeated as state champions at the 3A level with a convincing 63-47 win over Las Vegas Robertson. 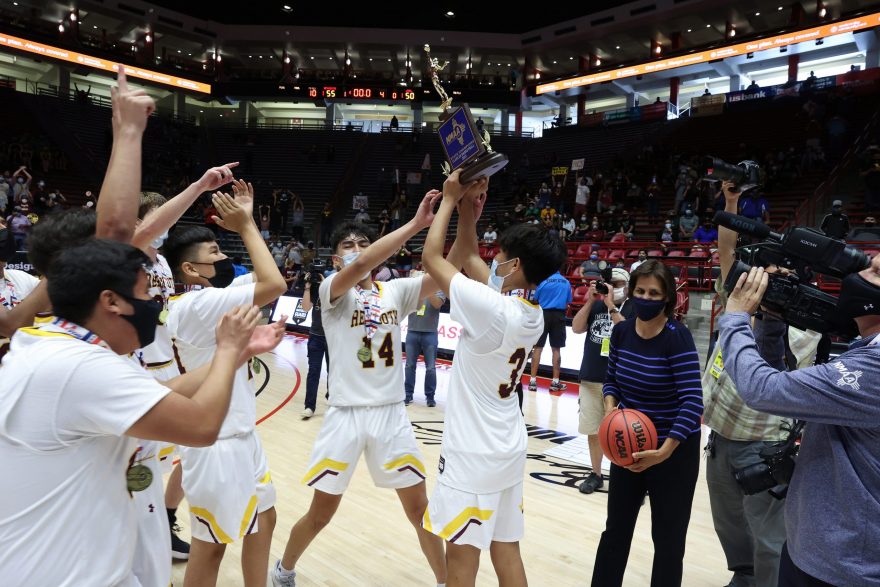 Special to the Times | Curtis Ray Benally
The Rehoboth Lynx receive the 2A state championship trophy from New Mexico Activities Association’s Executive Director Sally Marquez on Friday, May 7th, at the Pit in Albuquerque. The Lynx erased a 14-point deficit to post a 55-50 win over No. 2 seed Jal.

Rehoboth, on the other hand, had to battle back from a 14-point deficit as they surprised No. 2 seed Jal with a 55-50 triumph to claim the 2A state title.

“What happened is that in the first half we turned over the ball 11 times and then we finished the game with only 15,” said Rehoboth coach Kevin Zwiers, whose team finished with a 15-0 record. “So in the second half we really cleaned up, you know, with ball handling, passing and stuff like that.

“I mean you could say they had us shook a little bit in that first half,” he added. “They were also grabbing offensive rebounds at a way too high of a clip, so the second half we cleaned that up and came back and get a victory.”

The come-from-behind victory was the Lynx second straight, as they faced an 11-point deficit against Mescalero Apache in the state semifinals on Wednesday.

“We got some resiliency and we just never quit,” Zwiers said of their perseverance.

Senior Jake Zylstra carried most of the load in Friday’s win by hitting 9-of-12 field goals for a game-best 23 points while juniors Talon West added 14 and Mato Chapman chipped in 12.

“Coach told me before the game to be offensively aggressive,” Zylstra said, who admitted he struggled with that throughout the year.

“All the players were a little bit bigger than me and I seemed to be quicker so I could get by them,” he said. “… Today, I finished at the rim pretty good.”

In the earlier game, the Lady Eagles smothered Robertson into 23 turnovers, including eight in the opening quarter to gain a 23-6 cushion. 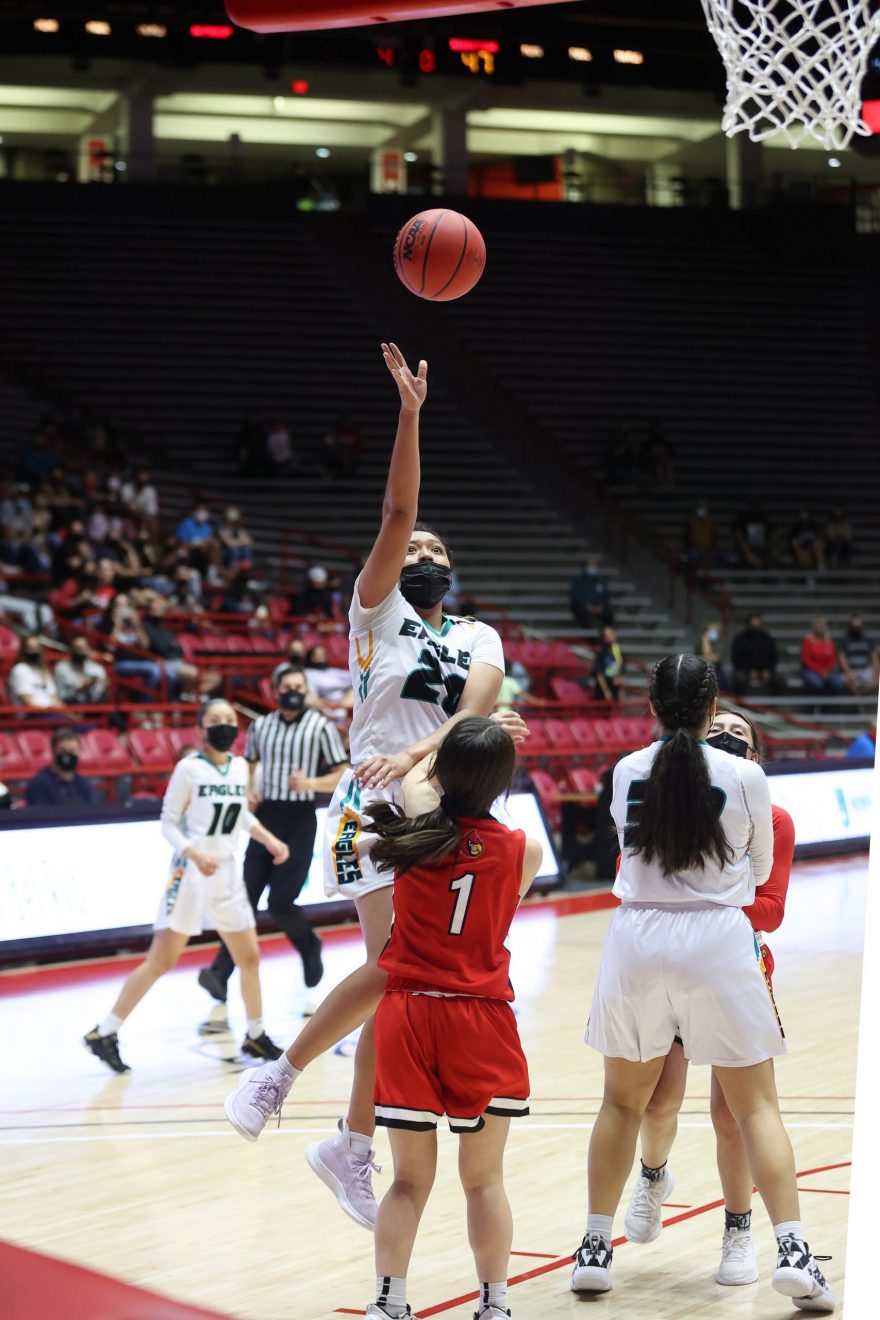 Special to the Times | Curtis Ray Benally
Navajo Prep’s Aiona Johnson (20) shoots a short jumper over Robertson’s Carli Marrujo (1) in the fourth quarter of the 3A girls championship game on Friday, May 7th, at the Pit in Albuquerque. The Lady Eagles claimed their second consecutive state title.

That early jump proved to be the difference as Navajo Prep won its seventh state title overall, including the last two.

“The first two minutes of the game was huge,” Navajo Prep coach Rainy Crisp said. “We had to be the ones to set the momentum and the tempo of the game.”

As part of that early run, the Eagles made 4-of-8 from long range to get Robertson out of their zone.

“These girls, they basically have the green light to shoot,” Crisp said. “All of them can shoot well and, you know, if they’re open they’re gonna take it, even though I’m screaming no on the sidelines.”

Senior TionTai Woods led that attack with 23 points while Aiona Johnson scored 13 and Hailey Martin helped out with 12.

For more on these stories pick up the Navajo Times on Thursday.