College rodeo finals are back; locals have big dreams 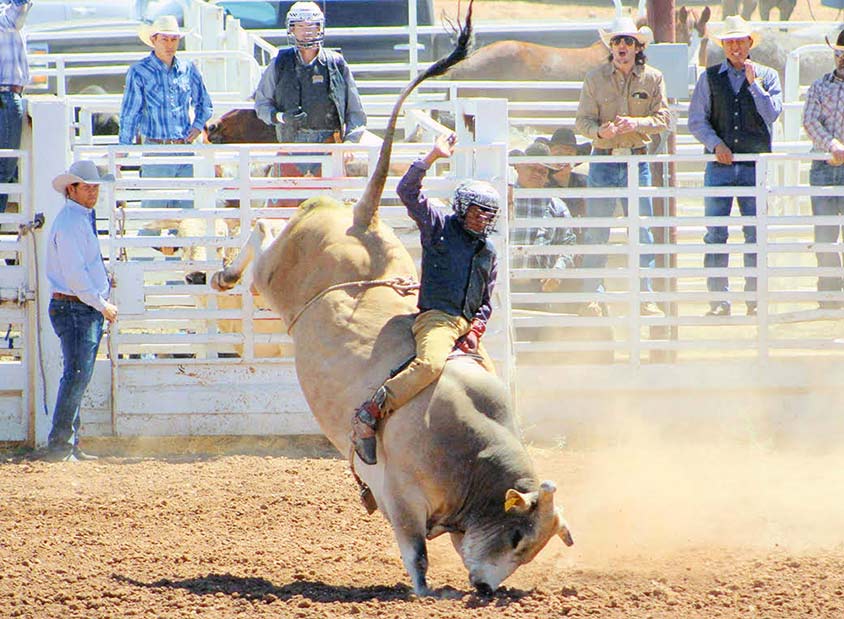 After a one-year hiatus the College National Finals Rodeo is returning to Casper, Wyoming. 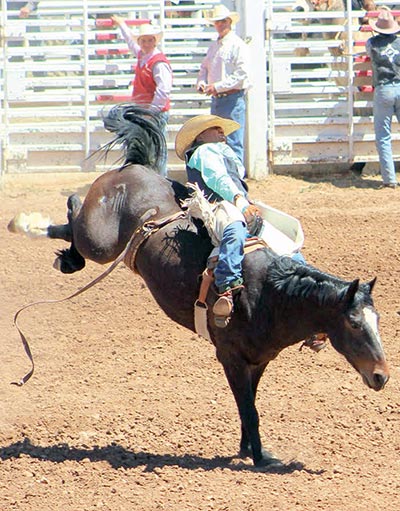 The annual event will take place at Ford Wyoming Center, formerly known as Casper Events Center with three go-rounds. The top 12 contestants earn a spot in the short-round performance that is scheduled for June 19.

Last year it was cancelled due to the pandemic just as some of our area cowboys were in contention to make the finals.

Fort Lewis College sophomore Matthew Tuni was one of those cowboys.

With the cancellation, Tuni said he got an extra year of eligibility to compete collegiately.

Nonetheless, he wanted to display his talent in his rookie season last summer, as he was coming off a 10th-place finish during the 2019 National High School Finals Rodeo.

Tuni is one five area cowboys to qualify for nationals from the Grand Canyon Region. The local affiliate had nine rodeos this past spring.

Four of those qualifiers finished first in their respective events headed by all-around champion Hiyo Yazzie. The Mesalands Community College athlete won the year-end in the tie-down event with 768 points.

The Coyote Canyon, New Mexico cowboy also got qualified in steer wrestling as the reserve champion with 761 points and those two events helped him win the all-around race as he tallied 1,773.5 points.

Attempts to reach Yazzie went unsuccessful as the paper went to print.

In addition to Yazzie, Gallup’s Landen Munoz also got qualified by placing third overall with 625.5 points.

Kayenta’s Bryan Moreno finished third with 592 points as the Northland Pioneer College cowboy went 3-for-3 at the last sanctioned rodeo in Douglas, Arizona.

“I didn’t look at the standings before the last rodeo,” Moreno said. “I just wanted to get the buckle and I didn’t know that I qualified.”

Moreno said this is his first qualification to the college finals and he’s looking to take full advantage.

“It’s just another chance to show out on the big stage,” he said.

Of the nine rodeos, Moreno covered five of his draws, including his win at the Cochise College rodeo on April 9 to 10.

“They were good horses,” Moreno said of the stock he drew. “They knew how to buck, and they were a lot of fun. Every so often they throw in a curveball and that really jerked the reins from you.”

Admittedly, Moreno said he a bad outing in the previous rodeo at Payson during the Grand Canyon Region rodeo on March 29.

“I made some simple mistakes,” he said of his two draws in Payson. “My first horse bucked me off in seven seconds and I was so upset with myself.”

The next day he drew a colt and after the second jump, Moreno got thrown off as he did a front flip.

“It clipped my feet and it almost stepped on me,” he said. “It was a long drive home. I didn’t do anything, so I didn’t care to look at the standings.”

Nonetheless, he moved on from that fiasco and in the next rodeo he went a perfect 3-for-3. And when he found out he got qualified, he was surprised. 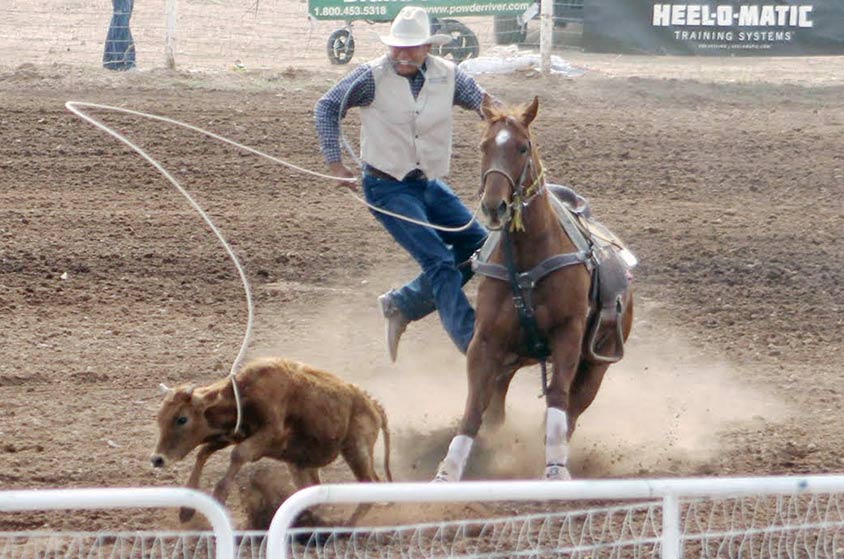 Submitted
Grand Canyon Region tie-down roper Hiyo Yazzie is headed to nationals in Casper, Wyoming next month. The Mesalands Community College cowboy is a double qualifier as he finished as the reserve champion in the steer wrestling event.

He finished the season with 435 points while teammates Zane Tully (290) and Bo Vocu (126) earned qualifications as well.

“I think it’s pretty cool,” Mariano said of the 1-2-3 finish. “It gives you a sense of achievement for the school.”

While attending Mesalands Community College two years ago, Mariano said his college rodeo team completed that same feat as he finished that year in third place, earning his first qualification in his rookie season.

Needless to say, he did not cover any of his draws at nationals.

“I wasn’t prepared mentally, and I wasn’t riding as well than I’m riding now,” he said.

The 2019 Rehoboth graduate, however, is feeling confident about his chances this year after having some success on the professional circuit.

“I’ve been going to a couple of PBR events, and I’ve been doing good there,” he said. “I’m hitting as much shows as I can, and its boosting my confidence.”

“I feel like I’ve learned a lot, and I’ve improved,” he said. “I think the college rodeo is another step towards going to the professional level.”

He’s planning on purchasing his permit card with the PRCA and before he does that he wants to cap the college season with a big bang.

“My goal is to cover all of my horses and make the short round,” Tuni said. “I want to be a contender for a national title.”