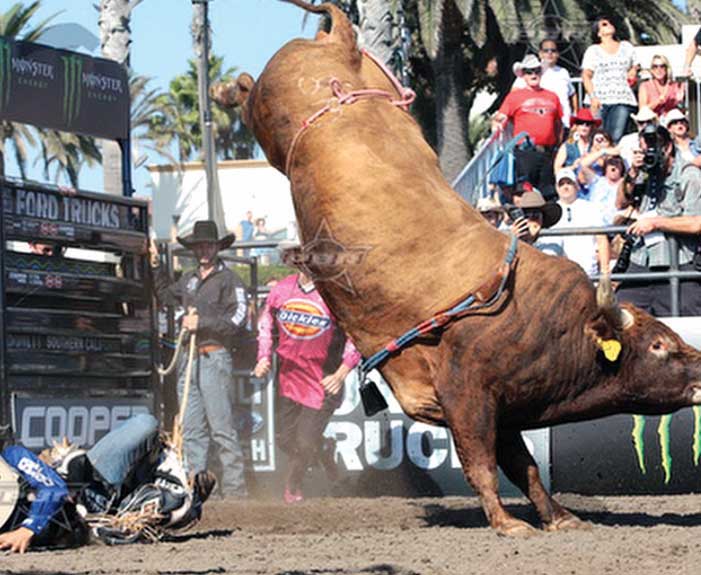 Terry Walker has spent the last 15 years digging deep into his pockets and working long hours tending to his bucking bulls and as of this week it has been worth it.

His bull named “Hungry Eyes,” who has remained unridden in the PBR Tour, holds a record of 7-0.

Walker said it is exciting.

“This is about the highest level you can get to,” he said. “I’m just exited to be here. It is like a dream come true.”

In his prime, Walker once rode bulls. He said he rode for about 17 years, mostly in Indian rodeos, and eventually got a PBR card in 1997.

He rode the PBR circuit here and there but after he suffered an injury he decided to start a stock contracting business.

“I started off with just a couple of cows,” he said. “Just like with everybody else that has stock, you got to be looking for specific types of blood line. So I started hunting for some blood line in cows.”

His search led him to Texas where he befriended a stock owner who taught him the ropes of the business.

“I learned how to be independent on raising bulls and bucking bulls,” he said

Walker started his business with his wife Philanna Walker and his brother Elmer Yazzie, who the “Y” stands for in the company’s name.