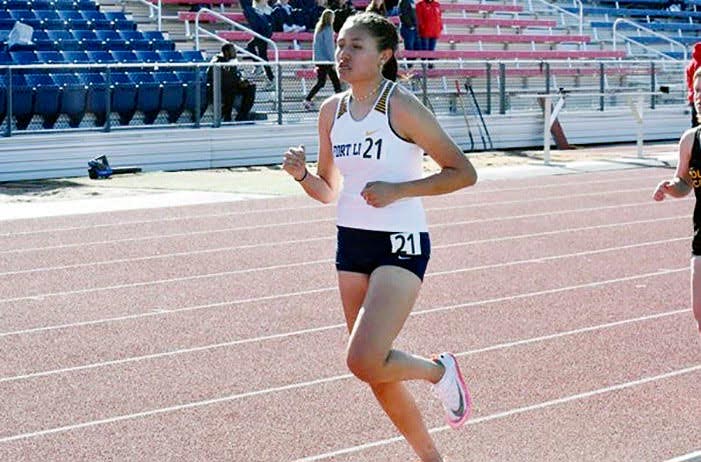 A strong freshman cross-country season was not enough to satisfy Brandy Ray.

That the school was closer to home was a bonus to what she considered an upgrade academically and athletically.

Ray spent the 2021 fall semester at Southwestern Oregon Community College, where she led the women’s cross-country team by placing 21st in the Northwest Athletic Conference Championship 5K. She also was the leader at the team’s three other meets.

Still, she said she decided mid-season that she intended to transfer because, “I didn’t reach my full potential there.”

Upon arriving at Fort Lewis, whose running program features other locals, she received the coaching direction she desired.

“I was very, very happy,” Ray said. “It was really nice that I could trust him (head coach Shawn Jakubowski).”

“The strategy for me is to race each race to the best I could,” she said.

Because of the high elevation in Durango, she said, “I worked on my breathing. I just had to control my breathing.”

Going forward, she expects to specialize in the 10K and 5K.

Though she competed in the 10K just twice, she said, “I really love it. It’s challenging. I find it rewarding I ran that long of a race and didn’t quit at all.

“My coach wants me to focus on the race I most enjoy,” she said. “The 10K I have the endurance for it. The 5K is a lot shorter. It feels a lot faster.”

“We used it as another training day,” she said.

But recently she asked the coach if she can switch from miles to minutes per week. So he is converting her training to minutes.

She estimates she would run for 45 minutes a day at the beginning of a week, she said, and at least an hour of interrupted sessions during the weekend when “we’re in the peak of it.”