Holbrook looks to score with good group of returnees 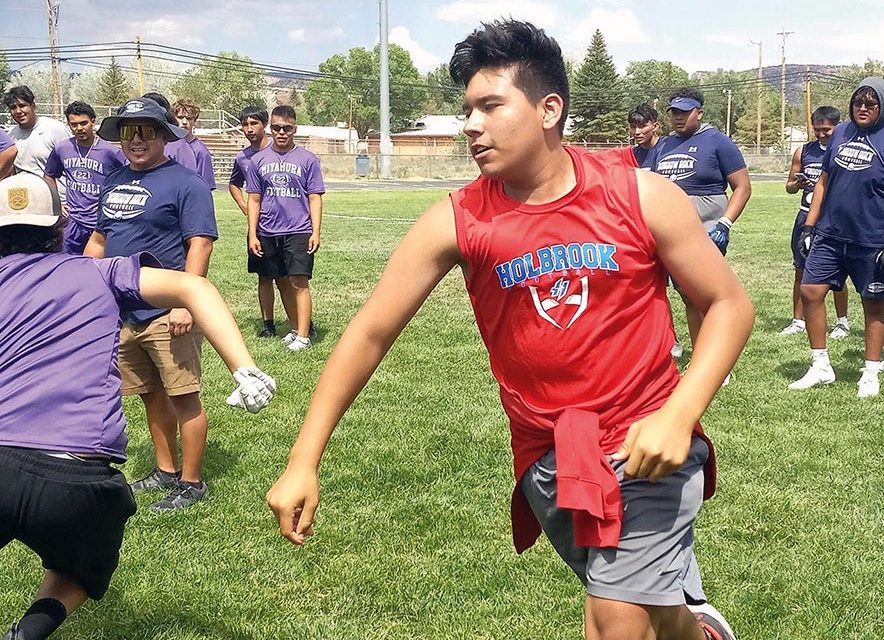 Scoring points shouldn’t be a problem for the Holbrook Roadrunners this year.

Last season, the Roadrunners put up 408 points in 10 games as Holbrook captured the 2A Little Colorado Region over archrivals Alchesay and St. Johns.

The three teams finished with identical 2-1 records in region play with Holbrook winning the conference based on its No. 9 power-point ranking.

Alchesay got the No. 2 seed with its win over St. Johns to clear up that region race with Valley finishing fourth.

The Roadrunners finished last season at 7-3 overall, losing its playoff game to Wilcox by a 42-32 count.

A majority of those playmakers return to make Holbrook a favorite to win the region again as the conference expanded to six teams with Hopi and Piñon joining the league.

The Roadrunners are going to try to do that under new head coach Shawn Holley.

“I inherited a pretty good group of kids,” Holley said. “We only graduated five kids last year, and we’re returning four, five receivers and our quarterback.

“We’re returning our running back, which led us in rushing last year,” he added.

The centerpiece of Holbrook’s offense pivots around senior quarterback Marcus Oberriter. Last year he completed 73-of-142 passes for 1,690 yards and 21 touchdowns. He also led the team with 1,003 yards rushing on 105 carries. 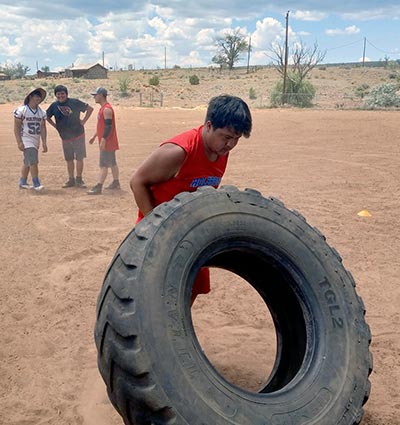 “Marcus is like an extension of the coaching staff on the field,” Holley said, “so when he goes out, he makes sure guys are lined up right, he makes sure they know the concepts that we’re running.

“He can ready the defense well, so he’s basically an extension of me,” he said. “I can just tell them ‘Hey, run this and he’ll go out there and do it.’ So it’s a big plus to have a leader like that on your team.”

The Roadrunners also return running back Daniel Montijo, who finished with 755 yards on 81 carries.

“We have a lot of talent to work with,” Holley said while noting that Holbrook also returns all but one offensive lineman.

“I think we just graduated one, so we got most of our starters coming back,” he said.

This is Holley’s second stint coaching in the Grand Canyon State, having spent one season as the linemen coach at River Valley High School team in Bullhead City, Arizona, during the 2020 fall season.

He got his first head-coaching job in his hometown of Elizabeth City, North Carolina, at Pasquotank County High School last year before he took the job at Holbrook on June 1.

“The Holbrook job came open, and one of the biggest attractions to that job for me was actually Marcus,” Holley said. “I haven’t coached a quarterback that’s used to the system that we’re running here, and that’s what attracted me here.

“My wife loves Arizona,” he added. “She loves it here, so I promised her we would move back. I just didn’t think it’d be this soon.”

The new Holbrook coach said he’s been working with his kids since the day he arrived. The team has been to a few 7-on-7 competitions at Payson, Blue Ridge and a few weeks ago they hosted 12 teams, which include a handful of JV squads.

“We’ve been getting after it pretty hard,” Holley said.

The Roadrunners earned the No. 4 seed as they opened up bracket play with Hopi. They advanced into the next round with a 19-12 win.

“We kind of came out sluggish,” Holley said of their match with the Bruins. “I’m not sure if was because of the long break, but towards the second half of the game we kind of stepped it up a notch on defense.

“And offensively, we scored on every possession,” he said.

Against Window Rock, they came up short 30-6 with the Scouts reaching the championship game.

The Roadrunners had some trouble finding open receivers as Window Rock used 6-4 Taylor Begay as its safety.

“When you have a safety who’s that tall, it’s hard to throw the ball downfield,” Holley said. “But you know, Window Rock has a good football team. They’re going to turn some heads this year.”

Holley is anticipating a dogfight for the league crown with Alchesay and St. Johns looking to upend the Roadrunners.

“I’ve heard a lot about both teams,” he said.

As for St. Johns, the Roadrunners dropped a 61-28 decision last season as Holbrook got off to a slow start trailing 28-6 at the break.

“It’ll be interesting to see how the guys respond after the way St. Johns handled us last year,” he said. “But I think my kids are ready for the challenge, and they’re looking forward to it.”

And as a state playoff team last year, Holley said his club is hoping to draw on that experience to make a deeper run this year.

“They came up short and they played a really good Wilcox team, a really physically team,” he said. “That is what I’ve been preaching to them during the offseason: When teams are physical with you, you have to be physical back.

“You can’t just fold your tent and go,” he said. “We can’t do that, so they’re learning to be physical with these bigger schools at these 7-on-7 tournaments.”