The Navajo Prep volleyball team faced a couple of deficits on Thursday night. 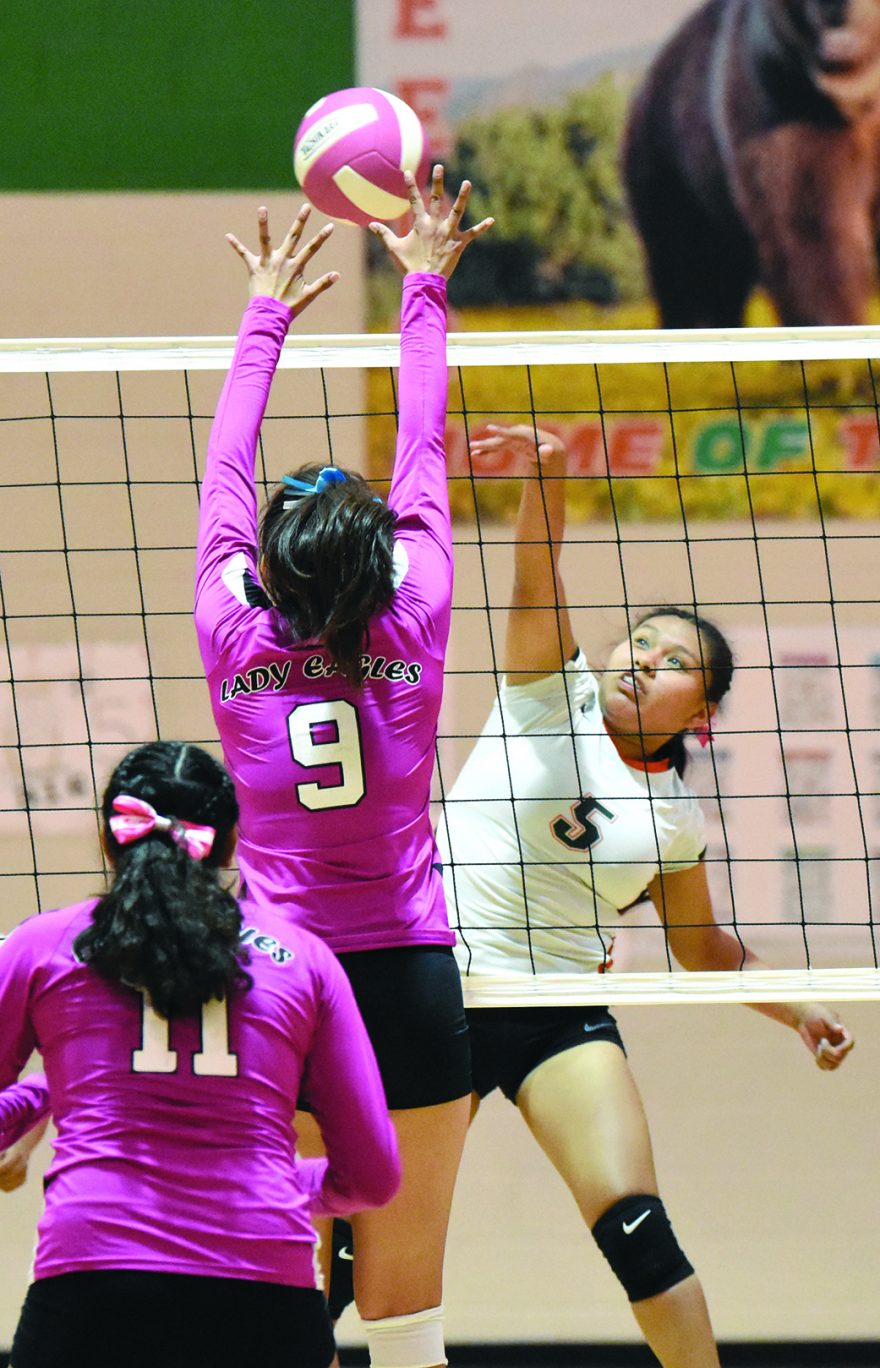 With the district season in full swing, Joe said every league game is going to be contested. She reiterated the significance of winning the regular season district crown, as the winner will earn an automatic bid to the state volleyball playoffs in November.

“I’ve told the girls that every game is going to be tough,” said Joe, whose team improved to 6-6 overall and 2-0 in district play. “Nobody is going to lay down and give it to us. We need to earn it and play tough.”

That is what the Lady Eagles did when they were down 24-22 late in the fourth set. Junior middle hitter Akua Carr provided the spark Joe was looking for as she came up with huge stuff.

Carr then put away back-to-back kills for a 25-24 edge. Alexis Sandoval capped the Navajo Prep rally with an ace, ending the match in four sets.

“Basically, I told the girls the game is not over because (the Bears) don’t have 25 yet,” Joe said. “We just needed to be stronger and tougher both mentally and physically.”

As for Carr’s exploits, Joe said her junior middle hitter came on at the right time.

“It’s great to have someone like that,” the Navajo Prep coach said. “She knows what to do up there.”

Wingate coach Melody West said her team put up a good fight, especially in the first and fourth set when they had the Lady Eagles on the ropes.

“We had a lead but we let it go,” she said. “The first set was exactly the same to where we built a lead but we just didn’t finish.”

In the opening set, HyLynn Moore started a rally for the home team with a nicely placed tip. Sophomore teammate Nadia Neswood added a kill and after two errors by Navajo Prep the Bears seized a 19-15 cushion.

The Lady Eagles, however, flipped the script by going on a set-ending 10-3 run with junior Aiona Johnson putting down three of her eight kills in that rally.

Navajo Prep carried some of that momentum into the second as they opened up a 10-4 cushion with a clean winner by Hailey Martin as the junior led the Lady Eagles attack with a dozen kills, five blocks and two aces.

Behind three kills by Sieyanne Platero the Lady Bears chipped away at that deficit and tied the set at 17-all.

With neither team refusing to go away the set was tied three more times before the Lady Bears surged ahead at 22-20 on a stuff by junior middle hitter Tomiandra Curley.

Despite a pair of service errors late in the set, Wingate was able to pull this one out.

“Normally, we can serve better than that but our serving wasn’t on today,” West said.

As the game progressed into the third set, the Wingate coach felt that their serve was a nonfactor as Navajo Prep won that set rather easily behind nine aces.

“Our serve-receive hurt us,” she said. “A lot of their serves were trickling off the tape so it was kind of hard to predict where it was going. We didn’t adjust and their serving game got the better of us.”

Despite coming up short, West is still optimistic about the rest of the district season.

“With the sets being so close this is encouraging,” she said. “I’m glad the girls came in and competed. They played the way I know they are capable of playing.”

“When both of them are on we’re can be really good,” West said of her two hitters.

Of the two, West said Curley showed her true potential at the net.

“Tomiandra took some control tonight,” she said. “That is what we’ve been wanting her to do and tonight she owned that net.”