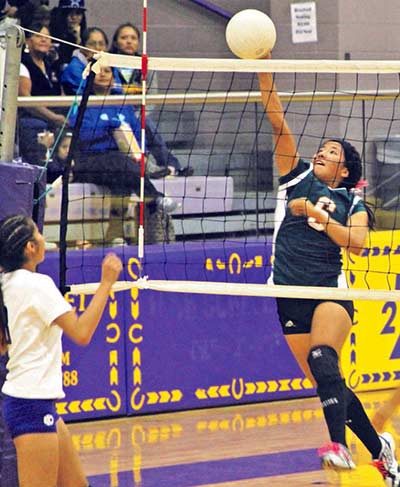 When the Wingate High Schools Lady Bears hopped onto their bus last Thursday and headed for Kirtland, their game plan was simple: own the court.

Wingate head coach Karen Malone said her team was focused and because of that they played a tough match.

The Lady Bears met Kirtland Central earlier this this month, where they defeated the Lady Broncos, 3-1.

This time, they wanted to close it in three.

Malone said leading up to the match her team had talked about winning the match in an aggressive manner.

“Our whole game plan was ‘you walk in there, you own that court’, and they did,” she said. “I’m just proud of them.”