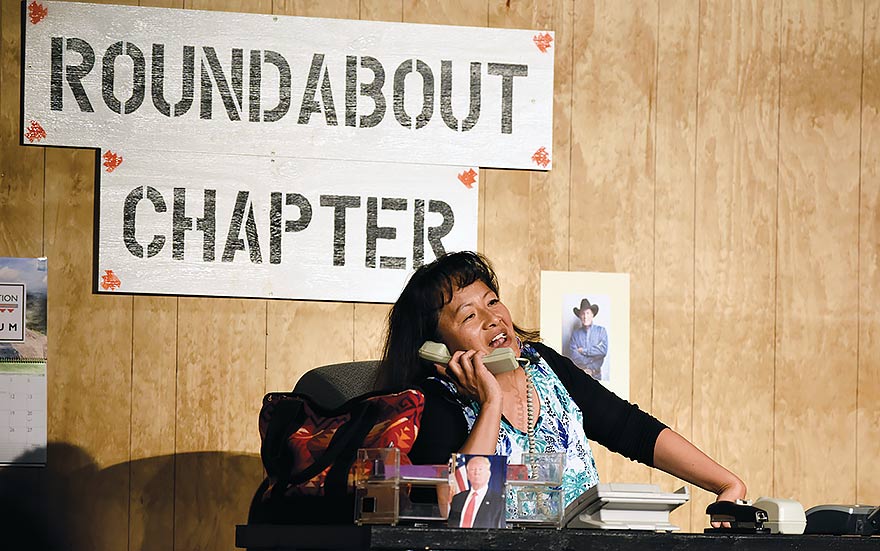 The house lights were lowered and the curtains opened as the “Applause” sign lit up for the opening of the first ever Rez Night Live on July 5, an evening of comedy skits, a weekend news update and musical guest.

This format might sound eerily similar to another popular TV show, Saturday Night Live, and it is.

Navajo comedian Chizz Bah took the stage with ease for the second skit of the night. She had written her skit for Rez Night Live about a Navajo woman who works at the fictional Roundabout Chapter House as a receptionist.

Chizz Bah, in her real life, has worked an office job many a time. So, she drew inspiration from the different places she has worked to create her character “Chizzielena.”

The unique part of Chizz Bah’s skit was that it was all in Navajo and she did it with purpose.