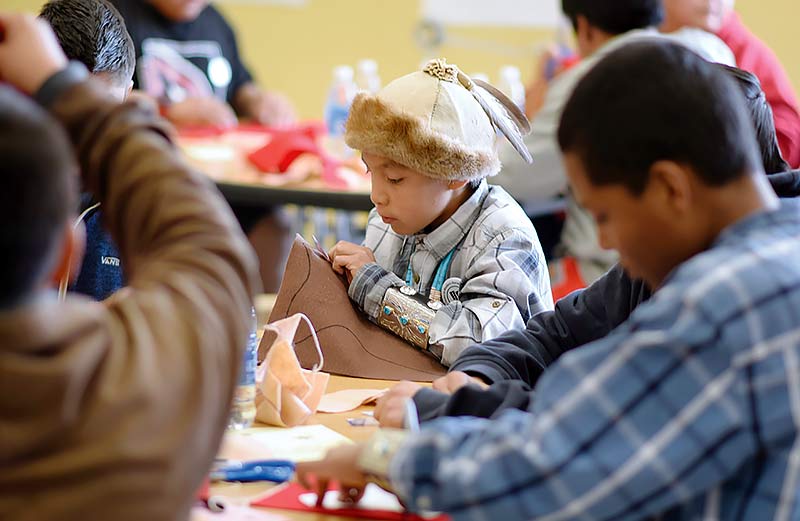 While many families still throw a kinaaldá for their girls, the boys’ puberty rite gets short-changed.

Few medicine men practice the ritual these days, and few families ask for it.

“I think it’s because the girls’ ceremony is more of a community celebration,” mused Geri Gamble, a member of the Miss Navajo Council, which organized this year’s Hero Twins conference for boys last weekend in Chinle. “The boys’ ceremony is … I don’t want to say secretive. More private, maybe.” 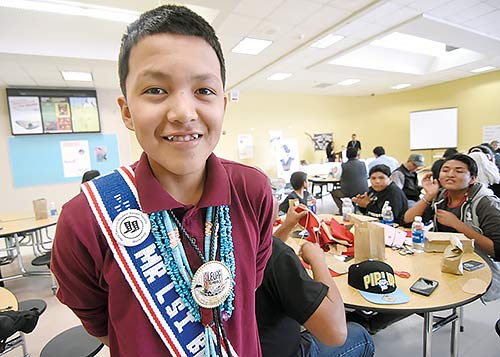 That is true, said Raymond Redhorse, and that’s why it is in danger of being lost.

Redhorse was invited to explain the ceremony at this year’s conference, and he admitted he had some reservations.

“This is something that is supposed to be passed down within the family,” he noted before his talk.

But since it isn’t, Redhorse carefully considered what he could and couldn’t reveal in a mixed crowd that included a newspaper reporter, and gave what he considered just the outline of the ceremony.

Redhorse said the male sweat lodge dates back to the emergence story, and has a variety of uses: the warrior initiation, the hunter initiation, the manhood initiation (that’s the one the crowd was most curious about), cleansing and relaxation, and as medicine for a sick person.

While all these ceremonies vary from clan to clan and location to location, Redhorse shared the initiation ceremony he had been taught.

The manhood initiation has some very specific parameters.

Thirty-one logs must be gathered, all from male trees. Four layers of blankets are put over the door, each a different color. Forty-eight rocks — 12 of each specific kind from a specific location — are heated in the lodge. Certain tree barks are gathered.

Traditionally, the fire was built on the north side of the lodge, but these days, Redhorse said, it’s usually in a hole dug in the middle. It used to be imperative to light the fire with flint, but these days, few people are proficient at that, so a match or lighter is permissible.

Only certain clothing and certain paraphernalia are allowed in the lodge on the day of the ceremony.