Research on meat industry convinces Diné to be vegan 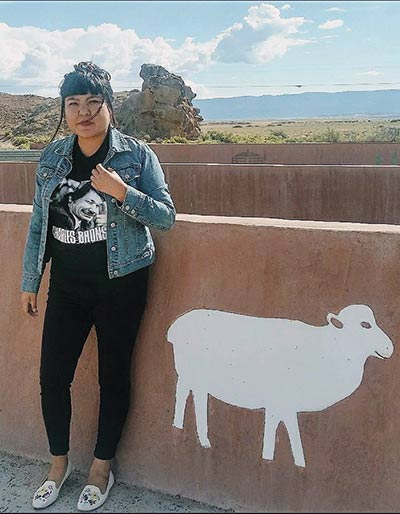 Submitted
Elysia Murphy, who runs an Instagram page called “Vegan Asdzaa,” says she became a vegan because of her concern for animals.

Three years ago, Elysia Murphy, 28, decided to become a vegetarian. A week later, she became vegan and gave up all animal-derived foods and products.

“I became vegan because I didn’t like how the animals were being treated,” said Murphy, who runs an Instagram page called Vegan Asdzaa. “Mainly for the meat industry and how they abuse the animals. The way they’re kept, it’s just horrible.” She started her Instagram page to put a different face to veganism, which people assume only bilagáanas do.

“I wanted people to see that you can be Native American and you can be a vegan,” Murphy said. “You can change your lifestyle and be more healthy for yourself.”