Whitney Fear is an Oglala Lakota nurse from the Pine Ridge Reservation featured in a documentary commissioned by the Robert Wood Johnson Foundation.

The documentary discusses diversity in the nursing workforce and the barriers in health care that prevent Native people from getting the help they need. 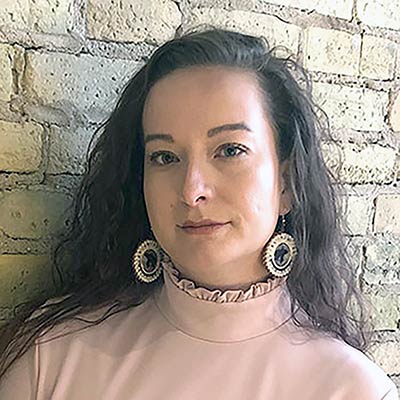 Fear was approached to participate in the documentary 10 months ago. The foundation wanted her to discuss health equity and how Indigenous people are underrepresented in the nursing workforce.

“That is a substantial underrepresentation,” Fear said. “We (Indigenous people) only constitute about eight-hundredths of the nursing workforce.”

However, she said Indigenous people are overrepresented in chronic health problems.

“Something we know in health care is definitely whatever you have, somebody on your care team that looks like you or shares your values,” she said, “your health is better, your outcomes are better.”

One of Fear’s longtime patients also decided to participate in the documentary. Fear is glad they participated because she has seen things improve for them.

She said one health barrier is that Native people have difficulty trusting health providers.

“I specifically work in the realm of mental health, and I think there’s time our spirituality can be misconstrued as something that it’s not,” she said.

Fear once had a patient who spoke of a time when a spiritual experience was discussed with a health provider.

“They (the patient) got put on an anti-psychotic after they told their psychiatrist about it,” Fear said.

Fear believes the mistrust between patients and health-care providers and lack of awareness creates situations like this.

She spoke about her own experience in nursing school that didn’t offer information on how to interact with Indigenous people.

“There wasn’t anything about boarding schools,” she said, “nothing about anything that I felt as an Indigenous person that this would make a big difference for people to know.

“The eye contact thing is good to mention that it’s not applicable to all Native people, so they generalized,” she said, “and it doesn’t really speak to the diversity of our Nations.”

She said if Native people do not trust health-care providers, they will not get help until very dire circumstances occur.

“By the time things reach that point,” she said, “they’re usually a lot harder to get a handle on.”

Fear said it’s crucial for her to go into nursing because she knows she can do it. And growing up, she saw only one IHS health provider who was Indigenous.

“Frankly, the rest of them weren’t Native, and they didn’t care,” she said. “They were just there for the time being for the loan repayment thing or whatever, and then they kind of just moved on.”

When she moved off the reservation, she saw the same lack of information about Indigenous people and underrepresentation in the nursing field.

“Wheels in my head started going, and I’m like, ‘This is probably why a big part of why our health is so not great,’” Fear said. “I guess I thought it was isolated to the reservation that I grew up in.”

This helped her realize that this was a universal health experience for Natives across the United States.

“I felt so out of place in nursing school, and I had horrible imposter syndrome when I finished school,” she said, “like this feeling that there’s nobody like me.

“Nobody to like visit with those stuff (Native issues) and then whenever I did find, meet (Native) friends or coworkers, I do know a few Native nurses, it was so nice to have that comradery,” she said.

She also believes the cultural values of Native people make them strong candidates to be health-care providers.

“The things that I find that make a really good nurse, good doctor, whatever are things that are just part of our basic value systems,” Fear said.

She wants to encourage Native people – who may be feeling out of place – to aim toward a career in the medical field.

“We do belong, and there’s definitely a need, so if you can keep that need in mind that your people need you,” she said, “you’ll find that you’ll settle into it and feel like natural when you’re done because it will come naturally.”

The documentary can be found on YouTube under the SHIFT Nursing channel titled, “Who Cares: A Nurses Fight for Equity.”