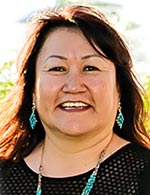 Melvina was born on July 17, 1966, to Ervin and Kathy Patterson of Gallup. Her clans are Bitter Water People, born for the Black Streak People.

After Melvina graduated from Gallup High School in 1984, she went to cosmetology school in Albuquerque. Later she studied at the University of New Mexico-Gallup Branch and received her associates in general studies.

After completion of her studies, she worked at Eagle Café, Regis Hair-styling, and LAM Corporation.

Her hobbies included, walking, endless shopping, international travel with her husband, and socializing with friends. Melvina loved to bowl and competed in state and national tournaments. She lit up the room with her bright smile and memorable laugh. Melvina will always be known for her sweet, charming, kind nature.

Services will be held at Sacred Heart Cathedral on Thursday, May 26, 2022, at 11 a.m. Internment will be at Sunset Memorial in Gallup. 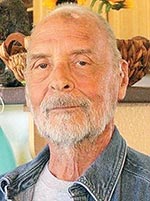 WINDOW ROCK – Funeral services for Dr. Wayne Stanley Holm of Window Rock are pending. Holm was born on April 3, 1932, in Denmark, Kansas. He passed on May 18 in Albuquerque.

Dr. Holm obtained his bachelor’s at Northern Arizona University and his Ph.D. in education (emphasis on applied linguistics) from the University of New Mexico. He was a lifelong learner, with ties to schools and universities worldwide.

Dr. Holm was a long-time educator on the Navajo Nation and a pioneer advocate for bilingual education. He worked at and with many schools including Tsech’iltah Boarding School, Crystal Boarding School, Rock Point Community School and Window Rock Navajo Language Immersion School.

Dr. Holm worked with the Navajo Nation Head Start and the Department of Education. Holm also lectured at universities including University of Alaska, UC Berkley, UNM, NAU and Diné College. He also authored many published materials and provided expert testimony in litigation and commented on laws and regulations.

Dr. Holm, and his late wife, Agnes Dodge Holm, were Fulbright scholars and worked with a M?ori language school in New Zealand. Wayne and Agnes were invited to visit schools throughout the U.S., Canada, Mexico, New Zealand, Australia and Fiji.

Dr. Holm was an avid reader and took an active interest in many things such as history, geology, literature, politics, languages, culture, poetry, music, religions, botany, running and sports.

He loved living on the Navajo Nation and loved his family and friends. But most of all, he loved being a “cheii” to his grandchildren.

Holm was preceded in death by his wife, Agnes Dodge Holm, and parents Lionel and Hypatia Holm.

Crystal, N.M.— Funeral services for Dorothy Jane Gould, 95, of Crystal, New Mexico, were held on May 19. Father Maynard officiated the graveside service at the family plot in Crystal.

Gould was born July 13, 1926, in Crystal, into the Ashiihi (Salt People Clan), born for Tsi’naajinii (Black Streak Wood People Clan). She passed away May 15 at Fort Defiance.

Gould attended Wingate Junior High. She was a homemaker and enjoyed weaving as a hobby and lifestyle. 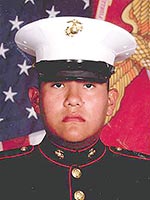 CANTON, Okla. – Funeral services for David Fanman III, 32, were held on May 19. A traditional wake was held on May 18. Burial was at the Cantonment Cemetery in Canton, Oklahoma. Pastor Gerald Panana officiated.

He was born and raised in Fort Defiance. To his family and those close to him, he was known as “Beano.” Beano was born the day his late father retired from the U.S. Marine Corps and, from then on, his dad raised him while his mom was always working.

His Cheyenne name is “Mahisvehohis” meaning “The chief who carried the arrow first.” He was named after his grandpa, David “Gunsmoke” Fanman Sr.

His paternal grandfather, David Fanman Sr., was selected by the Arapaho people to be their chief. His late father, David Fanman Jr., was a Cheyenne Peace Chief. Beano was next in line to be the hereditary Cheyenne chief and his relatives close to him awaited the day he accepted his seat to be chief. He represented the chief society at dances and other social events when there were no chiefs present.

Beano attended Window Rock Public School District, where he was an advanced placement student on the honor roll. He was a natural born athlete where he excelled in football and baseball, as well as off-season in basketball. Beano played varsity starting in his freshman year to his senior year of high school. He lettered in football as he played quarterback and lettered in baseball where he was a pitcher.

In school, he was the peer who volunteered to help fundraise for class events and got his dad to be the football booster club president to raise money for the football team. Beano was smart in math and was known for his ability to do work in his head. Just like any Fanman that attended Window Rock, the teachers were excited to have him in class and being a help in the classroom. Beano volunteered on weekends to help his class officers raise money for their class gifts.

As a Fanman, he was known for his story telling, which was a distraction to his teachers to forget the time and that day him and his classmates got an extension on their assignments.

He was known by his peers for his humor, his contagious laugher, his kindness, his friendship, his big smile, and his towering height at Window Rock High School.

After high school, he went on to Yavapai Community College, where he went to school for a year. Being in college is when Beano decided to join the brotherhood of “the few, the proud” the Marines. He joined the Marines following the footsteps of late father. He enlisted in the Marines May 7, 2012, and left May 6, 2016. The medals that he received include the Marine Corps good conduct medal, National defense service medal, Global war on terrorism service medal, sea service deployment ribbon, certificate of appreciation, and expert rifle qualification badge. He was deployed to Kuwait for a year. His last duty assignment was with 3rd Marine Wing Air Wing. He served in the communication Squadron 38 Bravo Company transmissions platoon, in which he was an 0623, a tropospheric multichannel equipment operator. He was a satellite and radio operator.

He was honorably discharged from the Marines ranking as a corporal. Within the time he spent in the Marines, he wrote to his dad and family. Beano came from a military family from his grandfathers, his dad and he continued the tradition of being a military man. He carried himself as a Marine living up to the motto of Semper Fidelis.

He would always help where he was needed for relatives because that was how his late father taught him. He always enjoyed the company of his nieces and nephews because he was a big kid at heart. Beano always gourd danced when he came home to Oklahoma to be among his people. Whenever Beano saw a grandma or grandpa needing help in public, he would go out of his way to help them. He was a gentle giant who was always willing to help.

Interment with military honors was at Cantonment Cemetery under the direction of Pierce Funeral Home, Canton, Oklahoma. 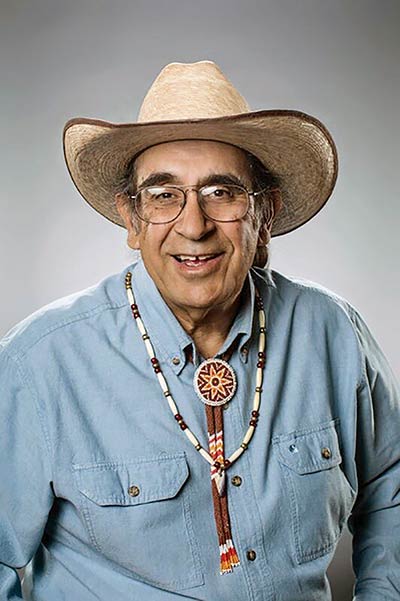 Omar was a loving and dedicated family man. He had a passion for ranching – he loved raising his horses and cattle. He was an active and hard-working man with a kind and generous nature. He was known for his excellent memory, knowledge of family history, his quick wit and sense of humor.

Omar was an enrolled member of the Cherokee Nation. Omar was a proud graduate of Valley High School. He received a master’s degree in business administration in 1975 from the University of New Mexico.

Omar dedicated his career to serving tribal communities and empowering tribal nations. He began his career with the All-Indian Development Association in Albuquerque. He then worked with the U.S. Department of Interior-Bureau of Indian Affairs and held various positions at the Southern Pueblos Agency and Southwestern Regional Office in Albuquerque. He retired, with 33 years of federal service, as the regional director for the Navajo Regional Office in Gallup in 2011.

Dyer was a medical lab tech and his interest were powwow and attending church.

Dyer is survived by his daughter, Maria Nez; mother, Lucille Dyer; sister, Marci Ober. He is preceded in death by his father, Morris Dyer; sister, Clorinda Hearder; and Leslie and Elizabeth Hemstreet.

Smiths Funeral Home is in charge of arrangements.

His clan is Nakai Dine’e.

Sam graduated from Wingate High School and later attended Job Corps and obtained his certification for electrician in Albuquerque. Sam enjoyed his job as a journeyman electrician.

Sam is preceded in death by his parents Jim and Margaret Sam, and his late brother Junior Sam. 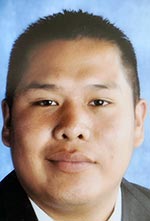 Officiating will be Pastor Ted. Services will be held at Eagle Springs Baptist Church in Ojo Encino. Burial services will follow at Montoya Plot, Torreon.

Bennett graduated from Cuba, New Mexico, and he worked in Livingston, Texas. He enjoyed watching his favorite football team, the Denver Broncos. He was devoted to taking care of his grandparents, he enjoyed cooking for his family, and listened to music.

Pace Funeral Home is in charge of arrangements.