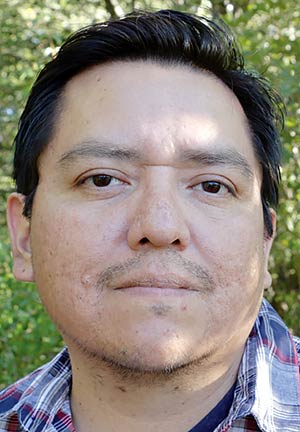 The first job he ever had, writing and reporting for the Navajo Times, shaped his life.

It was 1995 when Jason Begay did his first internship with the newspaper.

He recalls walking into the newsroom with only a folder of poems and short fiction but no resume.

He didn’t know about reporting and after a meeting with Tom Arviso, Jr., the publisher and CEO of the Navajo Times, Begay recalls being nervous.

But it was the chance encounter and later job offer that lead Begay to his position today.

He is an associate professor at the University of Montana’s School of Journalism, where he teaches reporting, diversity, and co-teaches the Native News Honors Project.