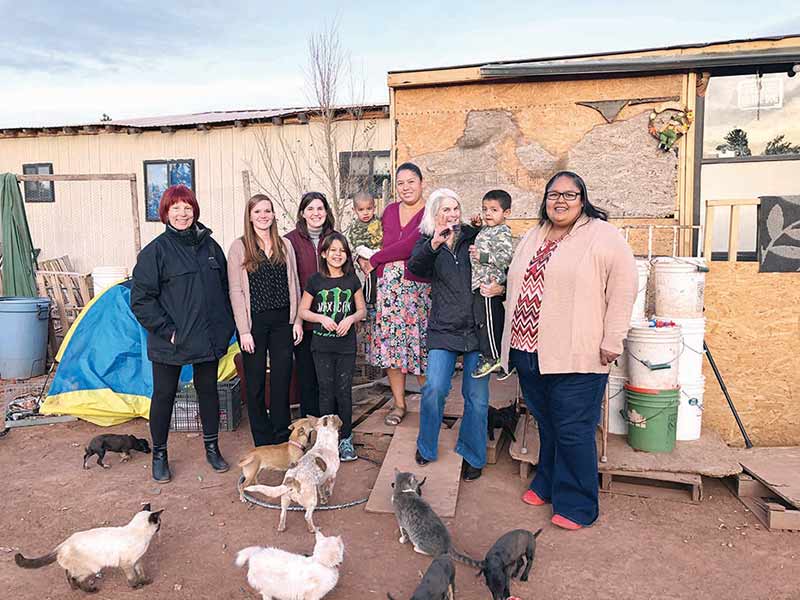 The Navajo Birth Cohort Study, which was about to wrap up this year, was awarded a $4.4 million grant from the National Institutes of Health, which will not only extend the study another five years but considerably broaden its scope.

The program will now fall under a national study called ECHO, Environmental Influences on Child Health Outcomes, an ambitious seven-year project that will look at cohorts of children (children born and enrolled in the study at about the same time) all over the United States.

Johnnye Lewis of the University of New Mexico, lead investigator for the Navajo Birth Cohort Study, welcomed the grant. The original NBCS, funded by the Centers for Disease Control, focused strictly on measuring heavy metals in mothers’ and infants’ blood and urine, and following up with tests on the babies’ development. Correlating the results allows researchers to determine whether exposure to uranium and other heavy metals early in life has an effect on physical and cognitive development.

Often, Lewis explained, developmental delays haven’t shown up yet or are hard to measure in very young children, “and so this additional time will allow us to make a better evaluation of the potential negative impacts of uranium and related metals exposures by doing comprehensive developmental assessments when children are four years old, plus we will be able to consider a much broader range of influences on development, both positive and negative, in order to inform the development of programs and policies that help to ensure the best developmental outcomes for all children.”

For seven years, ECHO will follow some 50,000 children in 83 cohorts from conception to early childhood, examining such factors as chemical exposure, stress, sleep and diet, and their effect on the children’s physical, cognitive and emotional development, according to Carol Blaisdell, senior program manager for ECHO.